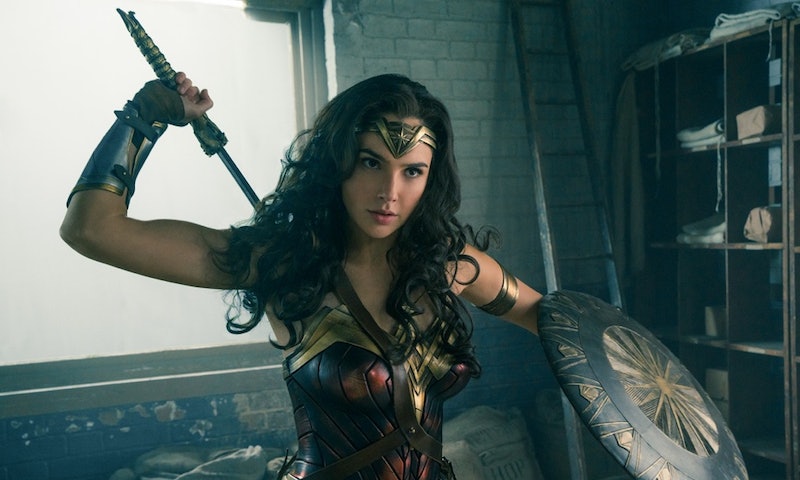 The success of Wonder Woman has meant that a sequel to the superhero movie has been green lit already. With dream team Gal Gadot and director Patty Jenkins committed to the franchise, fans are excited for the follow-up already. While we still don't know what Wonder Woman 2 will be about exactly, considering the character has such an impressive legacy, the story options are pretty much endless.

Since the first movie functioned as an origin story, there's so much scope for the follow-up. Now that Diana's childhood and transition into the human world has been taken care of, the opportunities for the next chapter in her story are pretty much wide open. Wonder Woman appears in Batman V Superman: Dawn Of Justice and will the forthcoming Justice League, so her character is getting more and more screen time. It's exciting to see so many facets of her character explored, both both of those films are set in the present day while Wonder Woman flung us back to World War I. The years between the modern day and the early 20th century could have been equally tough for our girl Diana.

Lucky for fans, the team behind the first film have already been dropping hints about what a sequel would look like.

1. It'll Probably Be Set In America

In March 2017, director Patty Jenkins told EW, “The story will take place in the U.S., which I think is right. She’s Wonder Woman. She’s got to come to America. It’s time.”

In May 2017, when Uproxx asked Jenkins if the sequel could be set in the 1930s, she replied, "I’m definitely planning something more interesting using that period of time. Definitely, it’s the plan. I can’t say what it is! But it’s definitely right in the pocket of what you’re talking about."

3. But It Could Also Take Place In Present Day

In June 2017, Wonder Woman producer Charles Roven said, "I know I’ve got to take her from the end of World War I to someplace. Or maybe it’s something after Justice League. I just don’t know."

As Doctor Poison was still alive at the end of the movie, it's extremely possible that the villain will return for the next installment of Wonder Woman.

5. It'll Be About Wonder Woman's Development Into Who She Is Today

Most importantly, the Wonder Woman sequel will chart at least some of the time between the first movie and Diana's present day activities alongside Batman, Superman, and the Justice League.

The world will have to wait to find out specifics regarding the plot of Wonder Woman 2, but it's clear that the team behind the movie are passionate about telling her story and getting it right.

More like this
'Girls Trip 2' Will See Our Fab Four Enjoy An International Adventure
By Maxine Harrison
Kukulkan From 'Wakanda Forever' Has A Surprising Connection To Marvel History
By Grace Wehniainen
Michaela Coel Has Some *Thoughts* About The Nepo Baby Discourse
By Maxine Harrison
Rupert Grint Just Shared A *Major* Update About Ron Weasley’s Future
By El Hunt
Get Even More From Bustle — Sign Up For The Newsletter
From hair trends to relationship advice, our daily newsletter has everything you need to sound like a person who’s on TikTok, even if you aren’t.