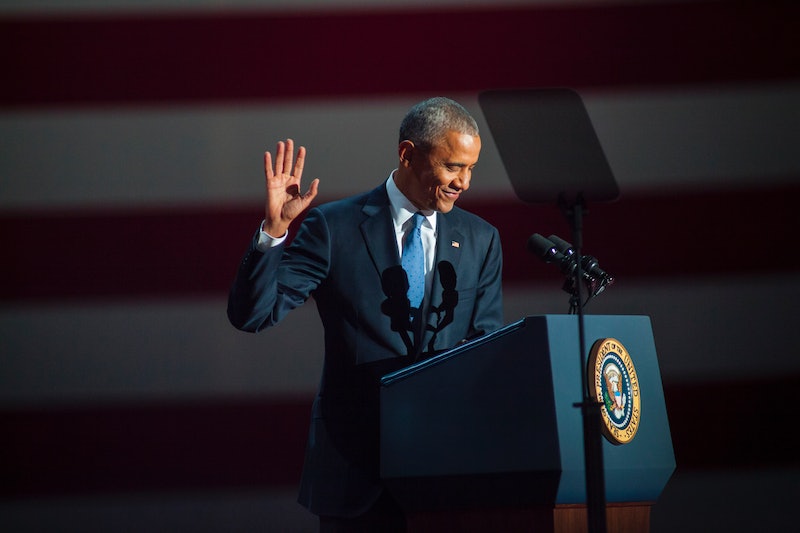 The saying goes: "You never know what you've got until it's gone." While many Democrats appreciated President Barack Obama while he spent two terms leading our country, the events of the beginning of President Donald Trump's administration have many people longing for better times. After Trump signed an executive order this weekend to restrict immigration from certain Muslim-majority countries for a time, the former president was moved to speak out on Monday. In his words, delivered by his spokesman Kevin Lewis, Obama highlighted something everyone can agree on, regardless of party: the importance of Americans guarding our democracy with their voices.

In his first public statement since leaving office, Obama pointed toward Americans who are voicing their opinions on the actions of the government, and those who have protested in the last few weeks against policies and attitudes that they feel do not embody the ideals of America.

According to The New York Times, Lewis said:

President Obama is heartened by the level of engagement taking place in communities across the country. In his final official speech as President, he spoke about the important role of citizen and how all Americans have a responsibility to be the guardians of our democracy — not just during an election but every day. Citizens exercising their Constitutional right to assemble, organize and have their voices heard by their elected officials is exactly what we expect to see when American values are at stake.

In his statement, Obama also clearly stated that he does not support discriminating against people based on faith or religion. Of course, the right to protest the government is an essential part of our country's history and an important right for our government to support and encourage. Whether or not you agree with Trumps executive orders so far, all Americans should be on board with others having the right to be heard.

Trump claimed during his campaign that he is speaking for those who have been ignored by the country, but many people who feel they have been ignored by the government also feel that he is ignoring them, or in the case of the executive order restricting immigration, specifically working against them. Trump and his administration also needs to accept that everyone has a right to voice their opinions, even if they aren't supportive of his policies.

And unfortunately for Trump, those people are making a lot of noise right now, whether protesting the immigration restrictions at airports or marching for women's rights in Washington. Whether Trump will listen remains to be seen.