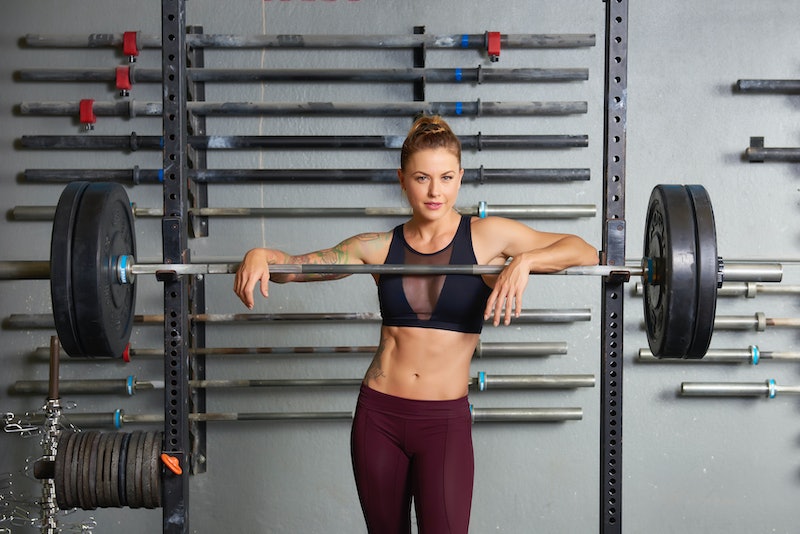 Big Brother 19 was a wild season of television, with unpredictable twists and a shocking conclusion. While the show was a tumultuous ride for all involved, perhaps no one had a more dramatic stay in the Big Brother 19 house than Christmas Abbott. Her journey through the house was anything but easy, being a regular nominee for eviction early on and then having to play with a difficult foot injury. While Christmas attempted to keep her spirits high, Big Brother 19 proved to be an exceptionally confrontational season, with many fans expressing on Twitter that they felt the houseguests had gone too far with how they were treating each other. Speaking to Bustle over the phone after the finale, Christmas explains that while conversations and fights can seem like bullying or aggression to the audience at home, the reality of the house can be much more complicated.

"In the Big Brother house, [things] seems more amplified and more unreal in the moment," she says. "If you have one person that has continuously lied to every houseguest and then has been caught in that lie ... they’re refusing to answer or to entertain why they did what they did — it can look a lot more like bullying than what it actually was."

After she left the house, the fitness star left that all behind and wasted no time returning to her old life. She's now serving as an ambassador for DICK’s private label apparel line Second Skin, intended for high-intensity athletes like herself. Getting back to her everyday is a relief for Christmas. "You’re so consumed by everything and losing your mind at the same time that it’s harder to really imagine what it’s like to be home," she says.

Many fans couldn't imagine why Christmas didn't self-evict from the competition after that piggyback ride gone wrong. She admits that she "did not understand the scope of the break, not entirely," when she was in the house, but that CBS' faith in her influenced her decision to stay.

"CBS and Big Brother believed in me to be able to stay they gave me that option," she says. "If they were believing in me that I could do it enough to let me decide, then that meant I was absolutely going to stay and take on whatever that meant that I had to take on." And what that meant for Christmas was staying until the bitter end of the season.

While everyone in the house seemed to have an enemy or two, by the end of BB19 there was no stronger trio of friends than Paul, Josh, and Christmas. They stuck together, eliminated showmances together, and even got the entire house to throw a competition in their favor. However, in the end, Christmas was forced to make an impossible choice — having to vote for either Paul or Josh to win the grand prize.

"I would not have had to make that choice had Josh brought me to final two," Christmas points out. "I felt that Paul had done an exquisite job of being ahead of any situation and push it and manipulate it. Josh, I think played a great game ... I’m glad that he won and I don’t regret voting for Paul."

Christmas' life after Big Brother involves recovery, readjusting to the outside world, and some well-earned relaxation. Although going back to her old life still provides some challenges for the Crossfit celebrity.

"It’s tough with the foot because of my career, but, y’know, I’m taking that with a grain of salt and trying to find a way to move forward that will be positive and wholesome for me," she explains. "Lots of physical therapy right now instead of working out. Leaning on my team. I’m slowly integrating back into my life ... Every life tumble is a positive to be taken away from and that’s what I’m trying to do right now."

While her injury has proven to be the one obstacle from the show that she couldn't leave behind, Christmas is using her recovery time wisely. "I’m gonna take some Christmas time. I’m gonna go explore and get back into my photography and reconnect and recenter with myself," she says. Despite this zen attitude, Christmas does seem willing to run back into the Big Brother house on a moment's notice. "100% yes [I would compete again] ... Hands down," says Christmas, "it was the summer of my life. I had the best time of my life and one of the hardest times of my life."

After season that was physically and emotionally tough, it seems that no amount of pain, injury, or disappointment can stop Christmas Abbott from striving to achieve.