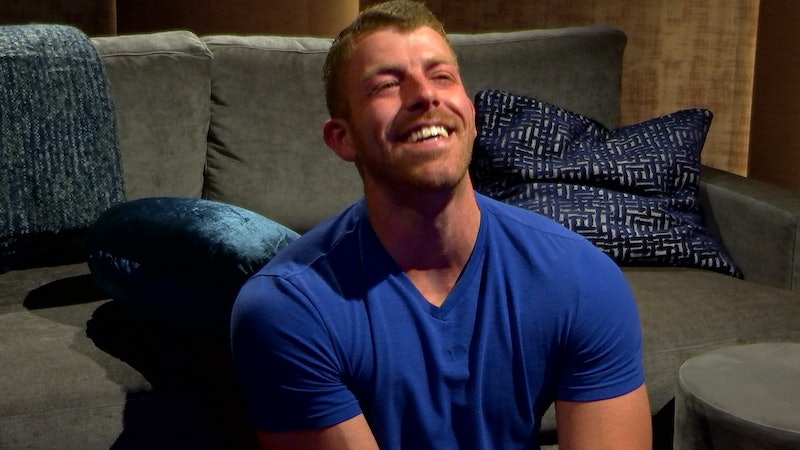 Spoilers ahead for Episodes 1-9 of Love is Blind Season 1. In the year and a half since filming Love Is Blind, Damian Powers has become quite the world traveler. His Instagram is full of stunning photos from his various international adventures, and while we don't yet know if Giannina is along for the ride, his page might also hold a few clues.

In the past two months alone, Damian has shared pictures from Portugal, Amsterdam, Czech Republic, and Heidelberg, Germany, where he grew up. "I went back after 20 years to see where it was I lived for so many years as a kid!" he wrote under a photo of him perched over a gorgeous view of the city.

That might not seem like much of a hint at his relationship status, but Giannina's feed is noticeably devoid of travel shots. Instead, she's posted regularly from her home base in Atlanta, Georgia, often on or around the same days that Damian was halfway around the world. Could he be on a solo trip? Sure. Could the couple just be being extra sneaky about throwing fans off? Also possible. But they don't follow each other on Instagram, which isn't the greatest sign — especially since when Love is Blind left off, a teary-eyed Damian was looking pretty panicked at the altar.

Regardless of where he and Giannina stand now, Damian has maintained some relationships from the show: in January, he shared a picture of him reuniting with castmates Cameron and Mark at an Atlanta bar called Little Trouble. "We're always getting into a little bit of trouble," he captioned the shot.

Beyond that, Damian has been busy enjoying life in other ways post-filming, like watching Shakira and J. Lo's Super Bowl halftime show, eating some delicious-looking pizza, and taking in viewers' reactions to Love is Blind.

"Walked into this experience not knowing what to expect!" Damian wrote recently on Instagram. "Your reactions are so positive and I’ve been reading your comments and I’m so thankful for you all. You're with me as I go through this process for the first time."

More like this
‘The Ultimatum: Queer Love’ Is Officially On The Way
By Radhika Menon and Kadin Burnett
Here’s When You Can Expect More ‘Indian Matchmaking’
By Brad Witter
Here’s When 'Love Is Blind: After The Altar' Was Filmed, Because It’s Hard To Keep Track
By Grace Wehniainen
These IG Clues Seem To Confirm Sal & Jessi’s Relationship Status After 'Love Is Blind'
By Grace Wehniainen
Get Even More From Bustle — Sign Up For The Newsletter