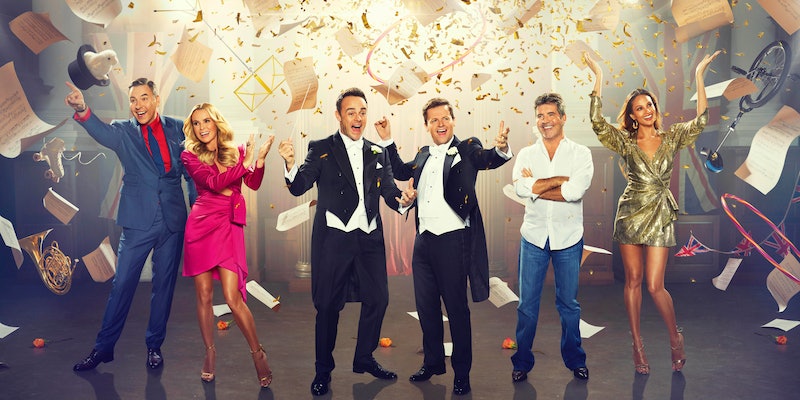 Another series of Britain's Got Talent is drawing to a close, and the 13th winner of the ITV smash will soon be crowned. The 2019 series saw the return of veteran judges Simon Cowell, Amanda Holden, Alesha Dixon and David Walliams — and viewers gave a warm welcome back to hosts Ant McPartlin and Declan Donnelly, who had reunited after McPartlin's year-long break from television duties. Throughout this year's series we've also enjoyed the usual bunch of eccentric, and often extremely talented contestants. But what's the prize for Britain's Got Talent?

If you want to see which act takes home the gold in 2019, you can tune in to the Britain’s Got Talent grand final on ITV1 at 7.30 p.m. on Sunday, June 2. The live spectacular will be held at the Eventim Apollo in Hammersmith, and will see each of this year's finalists put on the performance of their lives.

Last year's series of Britain's Got Talent was won by comedian Lee Ridley, who won over viewers with his hilarious stand-up comedy act known as Lost Voice Guy. Speaking to the Express, Ridley reminisced about the moment he won the 2018 series. He said, "I still can’t quite believe that I did, to be honest. It was a very special moment. Of course, I never expected to win it. In fact, I had to cancel my summer holiday because it clashed with the final! It was definitely worth it though. I think the look on my face when I won said it all."

Attention has now turned to the 2019 final, and due to some strong competitors on this year's series, the race to become winner is beginning to heat up. According to bookmakers William Hill, the joint favourite to be named the next Britain's Got Talent champion is singer Colin Thackery, with odds of 8/1. As reported by The Sun, the 89 year-old wowed audiences with his emotional rendition of "We'll Meet Again," however, he faces some stiff competition from joint favourite to win magician Ben Hart. The current second favourites to win the entire show are magic group 4MG with odds of 20/1, whilst comedy-singer Siobhan Phillips is predicted to finish in third place, with odds of 50/1.

Joining the line-up of contestants in the 2019 final will be the judges' Wildcard performer. According to the Radio Times, the Wildcard twist will see one of the previously eliminated performers return to the competition, however the identity of the lucky contestant is yet to be revealed. The Wildcard finalist will be revealed to viewers on the night of the final, and will take to the stage in a bid to be crowned the Britain's Got Talent 2019 winner.