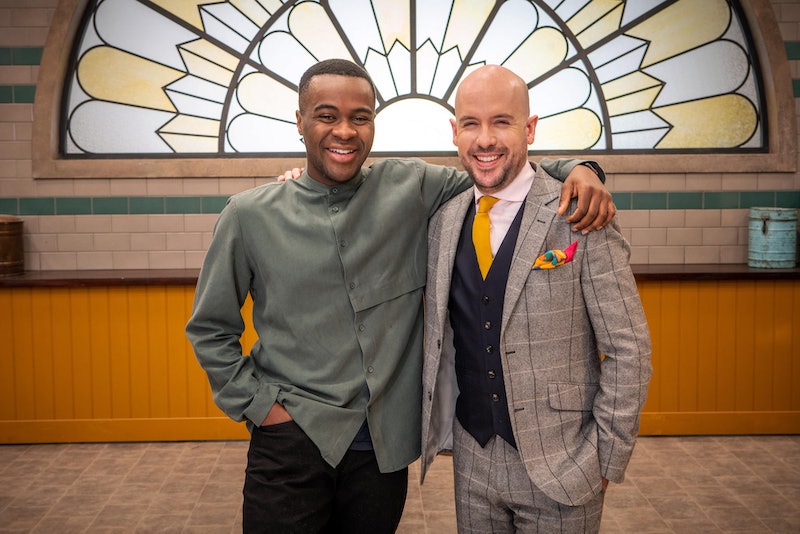 While the amateur contestants who make up the now iconic Great British Bake Off don't get much for coming first, besides the supreme glory and a nifty trophy, you'd reckon the stakes would be a bit higher for the pros. Now that the baking's been taken to an extra level on Bake Off: The Professionals, I'm hoping there might be a nice lump of cash for whoever's hard work gets them to the finish line. I wonder if that's actually the case, so what is the prize on Bake Off: The Professionals? As another series is underway, I want to know what the competitors are really baking for.

Series 3 of the spin-off show has already tickled the nation's fondant fancies, with the contestants so far being made to out-flex one another with their battenbergs and éclairs. In their day to day lives, the pro bakers are used to being paid for providing such a service, but it doesn't look as though their work on the show will be financially compensated. As The Sun reported in May 2019, the prize for the best baker last year was, alongside that title, a silver serving tray. That seems a bit rich to me — although that's not necessarily a bad thing — that's how I like my cakes.

Series 1's winners Emmanuel and Sam had to endure a nine hour challenge, which saw them creating an extravagant banquet for 80 guests, according to the Evening Standard. You'd think after all that work that they'd at least get a tenner thrown their way. Not the case, of course. And it's not like the competitors get a Paul Hollywood handshake or a "corrr" from Prue Leith, either. Cherish Finden and Benoit Blin, the judges on Bake Off: The Professionals, are hella tough on their charges.

Then in 2019, judges Benoit Blin and Cherish Finden set not one, but two challenges in the final, where three teams fought it out. Talk about a lot of work. Their second challenge really took the biscuit (pun most definitely intended), when they were asked to create a wedding feast in seven hours. In the end, Thibault and Erica came out on top, winning the much coveted silver tray — and baking bragging rights amongst their peers, ofc.

For comparison, David Atherton, the winner of The Great British Bake Off 2019, was awarded with a cake stand to match the pro's silver serving tray, but on top of that, he was really spoiled with a, er, bouquet of flowers. So, if you'd like to make some money from baking, then you're entirely more likely to achieve that by having a bake sale in your backyard than appearing on either of the UK's most popular TV baking shows.

It’s not yet clear whether the winners of the 2020 Professionals series will win anything other than (or in addition to) that sparkling silver tray, but for their sakes, I sure do hope so.

More like this
15 Piping Hot Behind-The-Scenes Secrets From 'Great British Bake Off'
By Emily Dixon and Darshita Goyal
Wait, Is Maya Jama Confirmed To Host 'Love Island'?
By Sophie McEvoy
'MAFS UK' Changed The Rules After Matt & Whitney Cheated On Their Partners
By Catharina Cheung
What Exactly Is The Bish & Chips Show?
By Frances Stewart
Get The Very Best Of Bustle/UK

This article was originally published on May 28, 2019