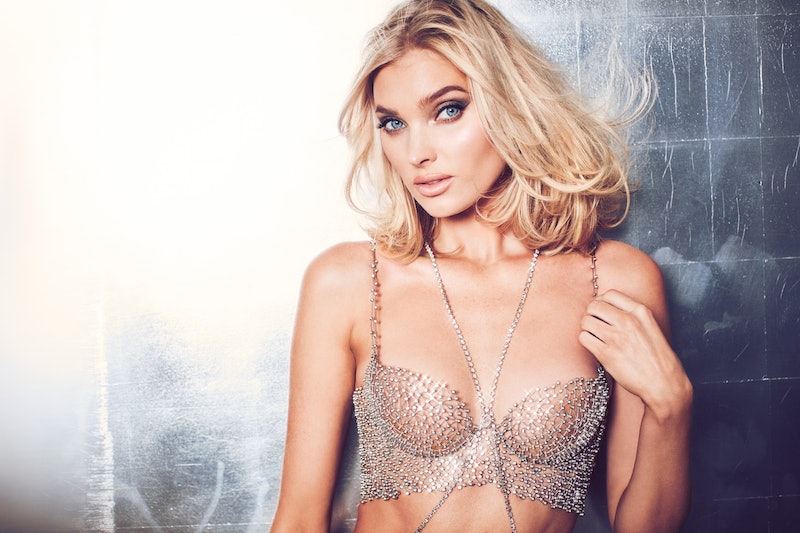 Ever dreamed of wearing the Victoria Secret Fantasy Bra? This year you won't need a million dollars to spare in order to make that hope come true, where for the first time ever Victoria Secret is selling its Fantasy Bra for $250. This year the Swedish model Elsa Hosk will wear the iconic bra, an honor that came out of left field for her. She was surprised with the diamond-laden piece during her fashion show fitting, making her the VIP of the runway.

While every bra that walks down the runway is a creative masterpiece, the Dream Angels Fantasy Bra always takes it a step further. This year's piece is a '90s inspired bralette with matching body chain, giving it a slight grunge feel. The piece took over 930 hours to make and has over 71 carats, where it's made out of 2,100 Swarovski Diamonds and responsibly sourced topaz, all set in sterling silver that was molded into a Dream Angels bra silhouette. To say it sparkles is an understatement.

“It’s just very cool, very simple, modern, and so sparkly — If I would have designed it, it would have looked just like this. I put it on and I was like, ‘It looks like someone just made magic and put it on my body,'" Hosk told People.

Now for the first time ever you can feel just like Hosk and get a piece of that magic. While the original bra has an estimated worth of one million dollars, you won't need to win the lottery to get to try it on yourself. While it might not be set with 70 carats worth of diamonds, the $250 version will be made with Swarovski crystals, giving you just as much sparkle.

You can buy the piece starting on Thursday, Nov. 29 at select Victoria’s Secret stores and online at victoriassecret.com, so you have some time to save up. Imagine how cool it would be watching the 2018 Victoria Secret show while wearing your very own version of the Fantasy Bra while sitting on the couch. It would be unreal.

This year Victoria's Secret Fashion Show will be taking place in New York City, and the models will walk down the runway on Nov. 8, meaning they're already gearing up for the iconic event. People at home can catch the televised version of the show a month later, when it airs on Dec. 2 at 10/9 CT on ABC.

And there's a lot to look forward to — Bella Hadid and Kendall Jenner are rumored to be part of the model lineup, and artists like The Chainsmokers and Halsey will be performing as they walk down in their angel wings. And thanks to the $250 version of the Fantasy Bra, this year you can be a little closer to the action.

More like this
15% Pledge Director LaToya Williams-Belfort On The Impact Of Supporting Black Business
By Dominique Norman
Harry Styles’ Red Carpet Looks Have One Thing In Common
By El Hunt
Androgynous Formal Wear That Will Make You Feel *So* Fancy
By Megan Lasher
Dr. Martens’ New Collab Reimagines A DM Classic
By Frances Stewart
Get Even More From Bustle — Sign Up For The Newsletter