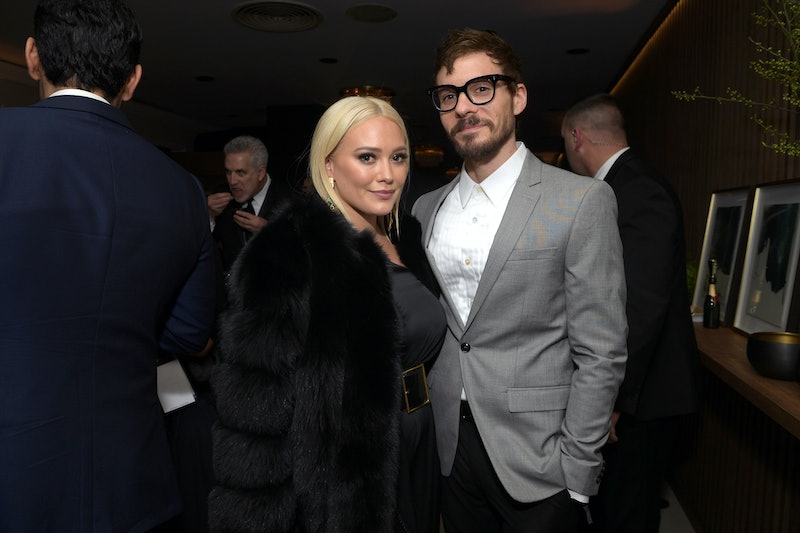 After welcoming their first child together back in October 2018, one celebrity couple just announced that they're about to go from "mom" and "dad" to "husband" and "wife." So, when did Hilary Duff and Matthew Koma start dating, you wonder? Well, the recently engaged pair first crossed paths professionally back in 2015, and their relationship took a romantic turn pretty much immediately.

On May 9, Duff and Koma announced their engagement with some super sweet photos on their respective Instagram accounts. "He asked me to be his wife," Duff captioned her post, which showed two pics — one in color and one in black-and-white — of the star flashing her new ring with her now-fiancé. Koma shared the same two pics as well, and captioned his post, "I asked my best friend to marry me."

According to Us Weekly, Duff and Koma initially met while they were working together on her album, Breathe In. Breathe Out., in 2015. "They had great chemistry in the studio," a source told Us Weekly at the time. "Hilary thinks Matt is very talented and cute."

Over the next few years, the couple dated, broke up, and made up a handful of times, and in December 2017, Duff told the hosts of The Talk (as per People) that they were back together yet again. "It’s going so great," the star revealed. "I mean, this is the third time that we’ve dated ... Timing is such a big deal ... third time’s a charm!"

"I think that you have history and a past with someone and love, and just because it doesn’t work out the first time, the second time, as long as there’s not too much damage done, then, it can always work out again."

In March 2018, the couple decided to add a new member to their happy little family. "Hey guys! We adopted an old dog," Duff revealed via Instagram, alongside a photo of herself, Koma, and their pup, Lucy. "Thank you so much @loveleorescue #welovelucy," she added.

Then, in June, they announced that they were expecting yet another new addition. No, not another dog — a baby! "Guess what guys!" Duff wrote, again sharing some happy news with fans via a pic on Instagram. "@matthewkoma and I made a little princess of our own and we couldn’t be more excited!!!!!!"

Duff and Koma welcomed their daughter, Banks Violet Bair, in October of that year. The former Lizzie McGuire star already has a son, Luca, with her ex-husband, Mike Comrie, but Banks is the first child for her and Koma.

Ever since then, the pair has continued to document their love on social media. In November 2018, the family of four posed for a funny photo together, where almost everyone was snapped making a silly face. "Banks ... you gotta try harder," Duff wrote, joking about their newborn daughter's lack of participation.

Duff, Koma, Luca, and Banks truly look like they couldn't be more content these days. Seems like fourth time's the *real* charm for this happy couple.