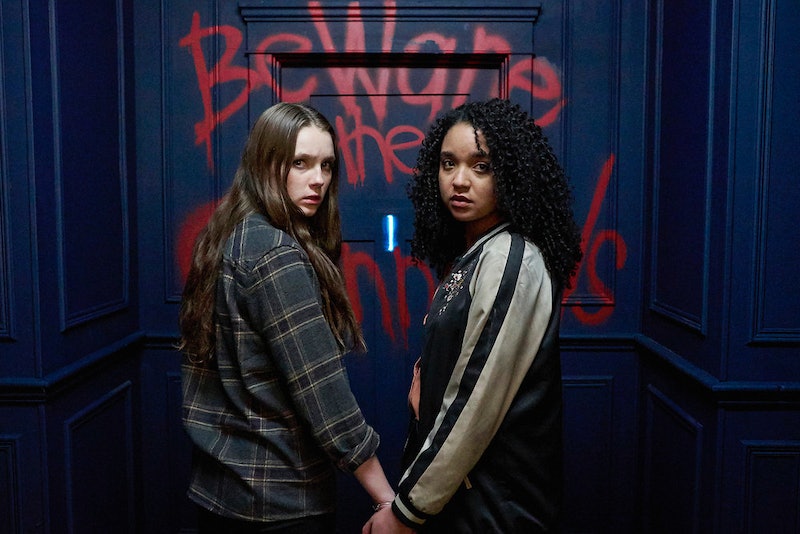 With the second season of Channel Zero set to conclude Oct. 25, fans of the series will want to know when Season 3 of Channel Zero will premiere. Get excited, horror fans, because not one, but two future seasons of the SyFy horror series have been confirmed. According to Deadline, Seasons 3 and 4 have been picked up, so fans cast rest easy when Season 2 ends on Wednesday. (Or, as easily as one can rest when watching this series.)

Created by Nick Antosca, the first two seasons are each self-contained, but do share the same six-episode structure, which 3 and 4 will likely replicate. The stories are based on what’s known as “creepypasta,” which are horror stories made by Internet users, shared online to essentially scare others. They are shared over and over again on different Internet forums and websites through copy and pasting.

But, what Antosca is doing is clearly more than a simple copy and paste. He is using these Internet stories as a basis for his TV series, but transforms them. In confirming that Antosca would be showrunner, writer, and executive producer on at least two more seasons, Jeff Wachtel, President and Chief Content Officer of NBC Universal Cable Entertainment had glowing words about Antosca when he spoke to Deadline about the renewal. “Nick delivered a truly haunting and unpredictable first installment of Channel Zero and was embraced by fans and critics alike,” Wachtel said. “He is a fresh, passionate talent with a unique vision — precisely what we strive to cultivate here.”

There’s already quite a bit of news concerning these next two seasons, despite no official release date for either — other than an 2018 window for the next release. Season 3 will be titled “Staircases” and, according to horror media site Bloody Disgusting, will star Holland Roden (from Teen Wolf) as a smart and tough young woman who’s been dealing with mental health issues. Brandon Scott (from Blair Witch,) will play a young and jaded police officer that is committed to justice and his community. However, he lives in the shadow of his father, who is the chief of police.

Bloody Disgusting also reported that Season 4 will be titled “Hidden Door” and will be based off of the creepypasta: “I Found a Hidden Door in My Cellar.” Antosca recently wrote an article for IGN where he revealed that the story is one of his favorite urban legends from the Internet.

So, while Season 4 may have a direct inspiration, according to an interview Antosca did with Screen Rant, Season 3 won’t be so heavily based on an already existing story. He told the outlet:

“That the third installment … [is] very different from the first two. I would say "Candle Cove" is Stephen King, "No-End House" is John Carpenter, the third installment is Argento with a little Bernard Rose Candyman thrown in. And it’s also less of a direct adaptation of one creepypasta than the first two seasons are. It’s more like we took a story that we loved and we took one element of it in particular and expanded it greatly.”

If the last two seasons are any indication, fans can most likely expect Season 3 to air in about a year, so around Fall 2018. Each of the previous seasons capitalized on the time leading up to Halloween, with Season 1 premiering in October and concluding in November. Similarly, Season 2 premiered in September and will end in October. If that holds true, fans can expect new seasons of Channel Zero around Halloween for the next two years. Now that's one nice treat instead of a trick.