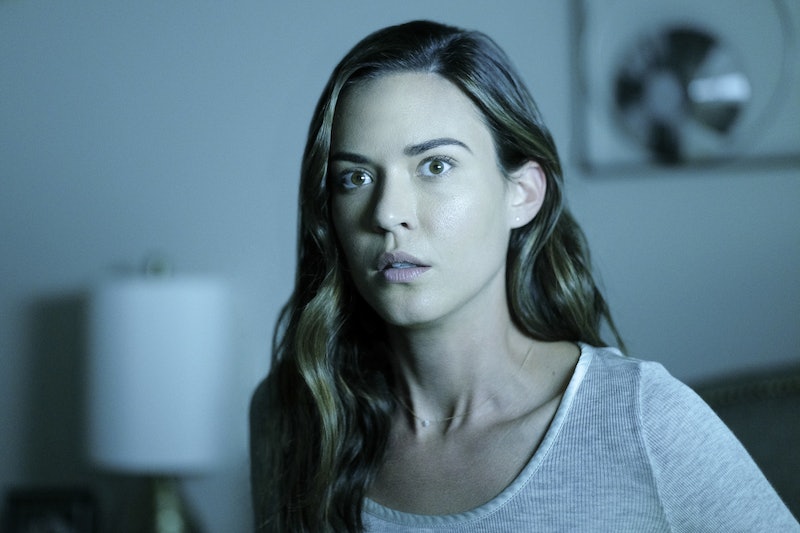 We’re now through the first two episodes of the new season of Supergirl but there’s still no sign of this season’s big bad. So, when does Reign appear on Supergirl? Despite no official confirmation of when she will appear, there are plenty of clues to suggest she’s nearly here.

Odette Annable plays Samantha Arias. She’s a loving mother to her daughter Ruby and as fans learned in the second episode of Season 3, she will be taking over Lena Luthor’s job at Lexcorp with Lena now diverting her attention to learning about her newly acquired business interest CatCo. And although Samantha may not know it by Episode 2, she will eventually learn of her true identity as Reign.

In the comics, Reign was a creature designed by none other than Supergirl’s father Zor-El. Created as a weapon of mass destruction, she is just one of several “Worldkillers,” each of whom are imbued with immense powers. For Reign, that includes superhuman stamina, strength, speed, and durability.

We’ve already seen a sliver of that side of her, at least her super strength. During the season premiere, she was able to lift a giant steel beam that had fallen on her daughter, saving her. While she suggested to her daughter that it was just a parental adrenaline rush, it’s safe to assume she’s skeptical of that explanation. In the final few minutes of the second episode, she tries to bend a crowbar with her own two hands to test her powers.

Successfully saving her daughter hardly makes Samantha the villainous Worldkiller that she’s set to become this season, though. But, what makes compelling characters is development — and that takes time. For the time being, it would seem that Reign is four to five episodes from turning up at the absolute earliest.

In an interview with EW published on Oct. 4, she said that at that point, she hadn’t filmed enough of the series to know what Reign would be like or what her motivations will be. Meaning, if Annable herself has yet to encounter Reign, it will certainly be a while before fans do. “I’m discovering her journey along with these scripts,” she said. “ I don’t know what’s going to happen in Episode 8, or 9, or 10, or however many episodes I’m doing.”

Supergirl’s executive producer Andrew Kreisberg also mentioned specific episodes. In an interview with EW he suggested that in these kinds of superhero shows, “You either meet the big bad at the end of Episode 1 or you meet them at Episode 7 or 9, and you realize that they’ve been pulling the strings the whole time.” However, Kreisberg also said that Samantha would be different, and that this season would focus on her transition from Samantha into Reign. Perhaps then we can’t truly expect Reign until after the midpoint of the season. With the last two seasons of Supergirl being 20 and 22 episodes respectively, that could put her arrival at around Episode 11 or 12.

Regardless as to whether Reign arrives between Episodes 7 and 10 or after, it does seem like it will be a while. Looking at the official episode synopsis for the next two episodes, Annable’s character is only mentioned in Episode 4. The synopsis reads: “Samantha (Odette Annable) feels like she’s letting Ruby (guest star Emma Tremblay) down.”

However, we do know that Reign will be fully realized by the end of the season. According to The Hashtag Show Reign will appear by at least the end of this season because in the casting information, the character is a “one season – fractional series regular.” The specificity on “one season” is telling, because Reign’s daughter Ruby’s casting calls her a “major guest star this season with a series regular option for next season.” This casting information suggests that Ruby will go on to have a more important role next season, and that her mother Reign may be out of the picture entirely.

There has to be some inciting incident to create this shift, though. It stands to reason that Samantha likely transforms into Reign because of some incident. Like how her powers first showed up when her daughter Ruby was in danger, it would make sense that if Ruby were at risk again — Samantha's powers would return and intensify. So, it may be the case that Reign will arrive only when Ruby’s life is in danger, which could spell dark times ahead for the young girl.