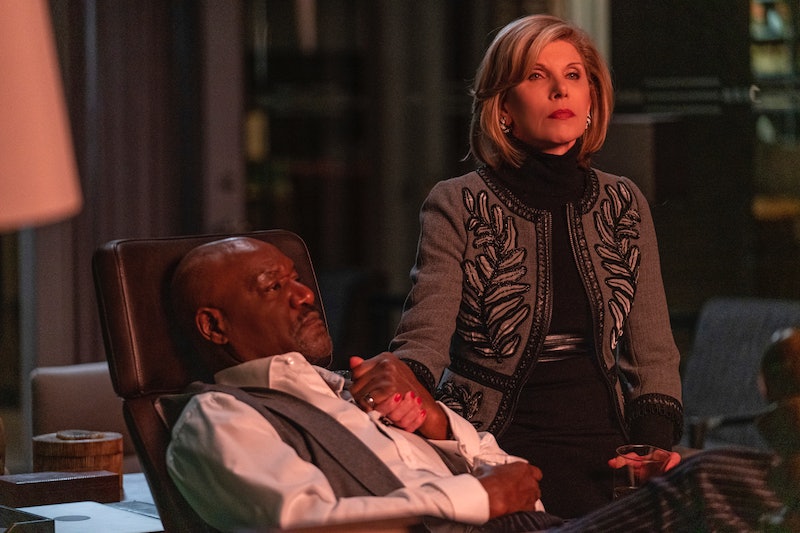 Not everyone watched The Good Fight, possibly because it's tucked away on CBS All Access, but the people who do watch the series watch it so much that CBS has confirmed the series will return for a fourth season. The Good Fight Season 4 premiere will likely air in the first few months of 2020, as the renewal announcement gave no indication that fans would have to expect a longer wait than usual for new Good Fight episodes, and the past three seasons of the series have debuted within the first few months of its given year. However, when the show does return in early 2020, or whenever Season 4 it makes its arrival, it might look a little different.

The Good Fight has followed its characters' subtle evolution over three seasons (ten if you count characters' appearances in The Good Wife) , but aside from the show's characters, the world of The Good Fight has been anything but subtle. The Season 3 finale is called "The One About The End Of The World" and the eerie lighting in the episode's promotional pictures and the apocalyptic tone of the episode's trailer suggests that the episode will truly be the end of something, possibly even the law firm of Reddick, Boseman, and Lockhart which has been barreling towards a boiling point all season.

Fans likely have plenty of questions going into the Season 3 finale, and will have to spend a year asking those questions as they wait for Season 4 of The Good Fight premieres.

How Will The Show Deal With The Blum Fallout?

Roland Blum, raging ball of anger and untruths that he is, has been disbarred thanks to the efforts of Reddick, Boseman, and Lockhart. A man with nothing to lose is a scary thing, but a Roland Blum with nothing to lose is downright horrifying. Whatever Blum does to try and take down Reddick, Boseman, and Lockhart in the Season 3 finale, the fallout is likely going to echo throughout all of Season 4 and perhaps the rest of the series.

Blum seems ready to pull at every thread of tension living inside of RBL, and it may be too much for the law firm to handle after having just lost their biggest client.

The Good Wife has never been short on betrayals between people who were supposed to be friends, but The Good Fight characters seemed to less interested in such politicking and more interested in justice and fighting the titular good fight. However, Maya's soliciting of information from Marissa to help Blum fight against Reddick, Boseman, and Lockhart seemed to drive a knife right into one of the show's strongest relationships.

Will Maya be pulled deeper into the loneliness of a Blum-like lifestyle or is there hope that she and Marissa can rebuild what they had?

What Is Trump Going To Do Next?

No other show on television tackles politics quite like The Good Fight. Whether it's through having Melania Trump (or an imposter) speak about the likelihood of a presidential divorce, questioning the morality of hacking voting machines to cancel out the effects of voter suppression, or having the main character's husband be shot by either Donald Trump Jr. or Eric Trump, the show is responding directly to the events happening in Trump's America and placing its characters tangentially to the most powerful real-life figures in America.

Will We Get More Gary Carr?

The Good Fight Season 4 could completely change the make-up of the law firms that fans have come to know and love, but fans who watched The Good Wife's later seasons already know that change, in the Good franchise, brings about exciting developments, bold character changes, and affecting emotional fallout. Circumstances could be much different in The Good Fight Season 4, but this fight's far from over.