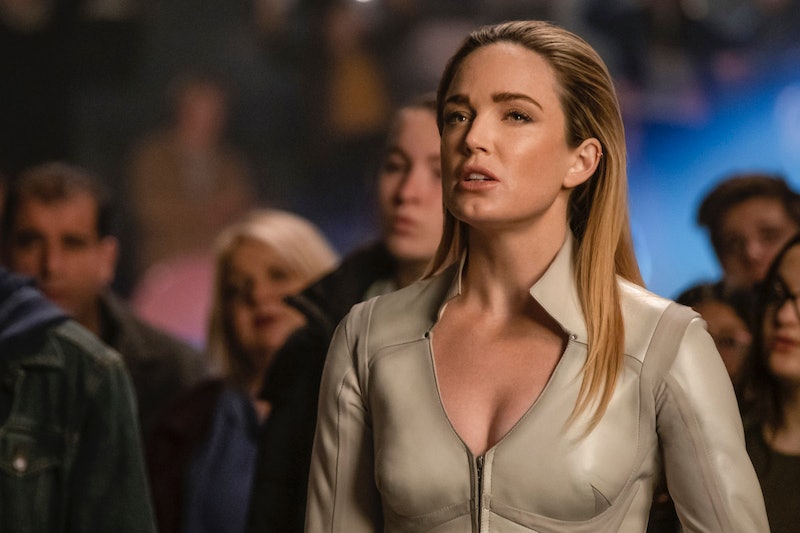 Legends of Tomorrow has been quietly plugging away as one of the most delightfully weird and diverse superhero shows on television. And with the CW going all-in on their comic book programming, fans will be excited to hear that they won't have to say goodbye to the motley crew anytime soon. Back in January, The CW renewed their entire superhero line-up, meaning Legends of Tomorrow is returning for Season 5. The downside is that the show is being held for midseason, so it likely won't debut until some time between January and May 2020.

We don't know yet what the plot of Season 5 will be, but the Season 4 finale sets up a major change for the team: instead of working behind the scenes in the past, people will learn who the Legends are in the present. "The Legends' last stand takes place very publicly on the world stage," showrunner Phil Klemmer told Entertainment Weekly earlier this month. "The consequence of coming out of the shadows of history to make a stand is that you've got eyeballs on you ... the Legends start asking the questions: Do we wear [superhero] outfits? Do we use our superhero names? Do we use our powers? Are people going to accept us?"

Another event feeding into Season 5 will be the massive Arrowverse crossover event "Crisis on Infinite Earths". According to Variety, CW President Mark Pedowitz said the "Crisis" event will span five episodes and air in December and January. The comic on which the event is based is notable for how it combined all the DC stories into one continuity and ended with the deaths of The Flash and Supergirl. Due to the events of the "Elseworlds" crossover, there is some speculation that Green Arrow may die instead, but regardless, it sounds like the main superheroes may be tied up in some way when Legends' fifth season premieres. This might mean that it's time for all of the Legends to step up in a big way and fill the shoes that the more "established" heroes leave behind.

Out of all the Arrowverse shows, Legends is particularly notable for how it has centered on women and queer characters, so the question of "are people going to accept us" can be interpreted in more ways than one. According to actor Caity Lotz, Legends now has more women who are series regulars than men. From featuring a Muslim-American heroine (who was introduced in response to Donald Trump's election), an Asian woman who's able to hulk out, and two openly bisexual leads, the show has been expanding the idea of who can put on a cape, outdoing the superhero films that are still struggling to be inclusive. To see these characters step up and be acknowledged in a major way will not only be an important event for the characters, but for audiences as well. There is power in validation!

With Arrow coming to a close and Batwoman swinging into action this fall, it looks like the Arrowverse is going to become a lot more diverse and boundary-breaking. The great thing about Legends is its ability to really do whatever it wants story-wise, and it sounds like the Legends are in for a bit of a rebirth. We'll have to wait and see how the events of "Crisis" will affect the team, but if the Legends excel at anything, it's being able to handle whatever wild situation gets thrown at them.