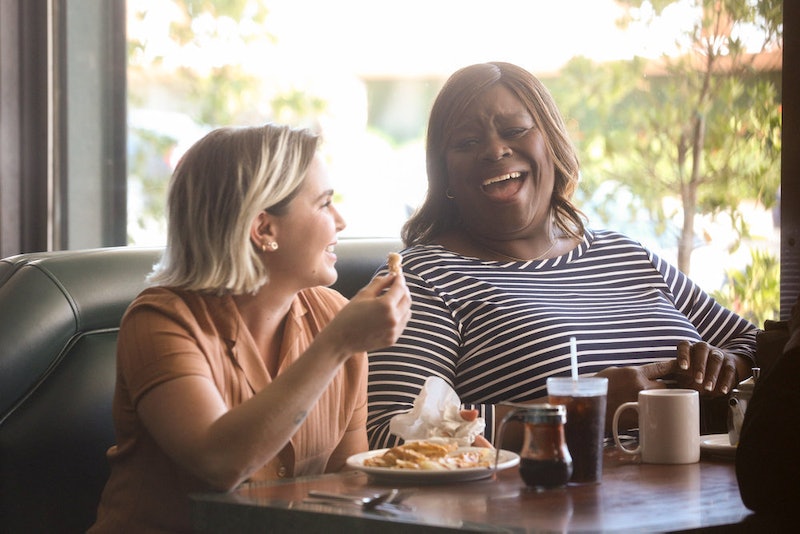 It may take another year, but Good Girls Season 3 will eventually be on Netflix. The streaming hub's partnership with NBC has been fruitful for the show — so much so that Deadline cited it as a big reason Good Girls landed a Season 2 and Season 3 renewal. The series had only received a "modest" viewership throughout Season 1, but when it hit Netflix in January 2019, a whole new audience was introduced to the criminally underrated dramedy (pun intended).

As for when Season 3 — which began airing on NBC Feb. 16 — will arrive on Netflix, it will probably take some time. Season 2 hit the streaming service on January 1, 2020, about a month before Season 3 premiered. That follows the same pattern from Season 1, which means Season 3 will likely hit Netflix on January 1, 2021. If the show is picked up for Season 4, it will likely debut on NBC in late February or early March 2021, giving fans over a month to either catch up on or re-watch before the new season starts airing weekly on NBC.

The good news? You don't have to wait until January 2021 to stream Good Girls Season 3. Episodes are already available to watch on Hulu if you have a subscription, or on NBC's website for free. They usually get posted on Monday — the morning after the show's Sunday night time slot — so you'll get to watch much sooner than waiting 11 months for Season 3 to be on Netflix.

With the expected 2020 launch of NBC's streaming platform, Peacock, there's a possibility that future seasons of Good Girls will be available for streaming there instead of on Netflix, but it depends on how long Netflix and NBC's contract is meant to last. But that's a worry for a different day — for now, there are a lot of ways to get your Good Girls fix.