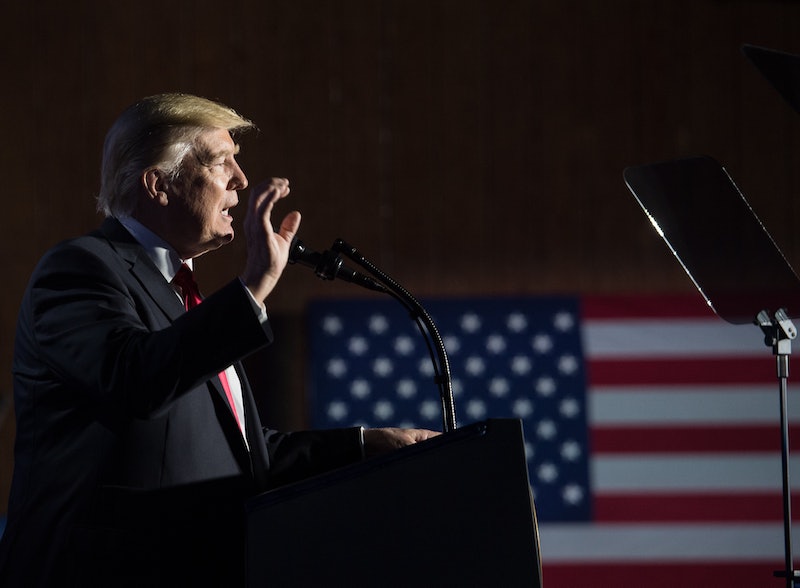 On Wednesday, Jan. 25, just days following his inauguration the previous Friday, President Donald Trump issued an executive order aimed at constructing his oft-promised wall along the U.S./Mexico border. And though it doesn't appear Mexico will be paying for it, as he bombastically and repeatedly insisted during his candidacy, and though the order will likely be the subject of legal challenges, it's clear he's trying to push things through with immense speed. Which raises the question: when will Trump's border wall be built?

As of yet, there's no precisely laid-out, ironclad timeline for when ground will be broken on the project, nor when it will be finished, nor any indication whether it will simply be added-on to the miles of already-existing fencing along the border. Trump, for his part, corrected a questioner during his first press conference in months when the phrase "border fence" was used, insisting on "wall" instead, which would certainly seem to suggest one big continuous structure.

But the president did suggest a vague timeline, reportedly telling ABC News that he reckoned construction would begin in "months," despite all the controversy, the fact that the order doesn't address how the wall will be paid for, and the likelihood of legal challenges.

To say that a wall spanning America's entire southern border is a big undertaking would be a big understatement. From the west coast of California clear through to the Rio Grande Valley in Texas, you're talking about a wall spanning approximately 2,000 miles long.

To put that in perspective, the United States is approximately 2,800 miles long from east to west. Trump's wall would be less than half the length of the Great Wall of China, and surely it wouldn't be nearly as tall or colossal. But it's nonetheless a project that's going to be expensive, and in all likelihood going to take some serious time. Beyond that, the details are still very vague.

The announcement of the executive order has already stirred a reaction abroad. Specifically, Mexican president Enrique Pena Nieto is reportedly considering cancelling his planned trip to meet with Trump, and Mexico's former president Vicente Fox directed a line he's used before towards White House press secretary Sean Spicer. "I've said this to @realdonaltrump and now I'll tell you," he tweeted. "Mexico is not going to pay for that f**king wall."