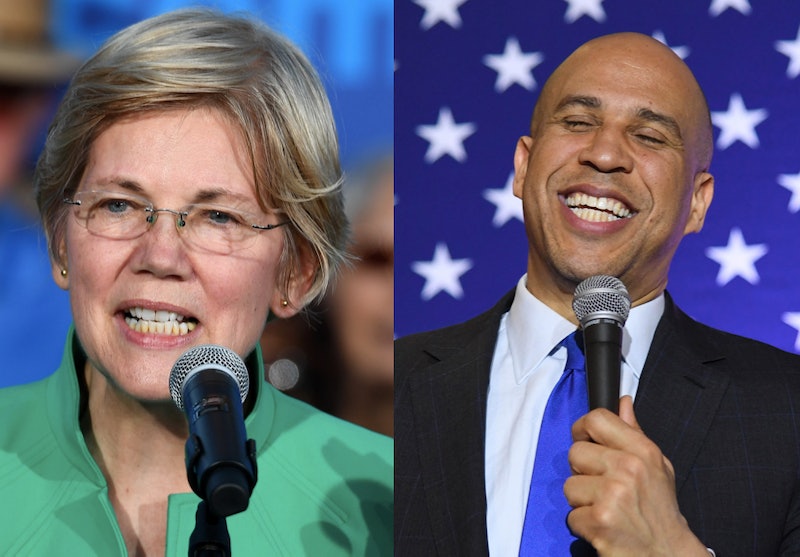 Throughout Donald Trump's presidency, immigration has consistently been one of the most high-profile areas of public policy. That's unlikely to change anytime soon, and now that the field of Democratic presidential contenders for is taking shape, it's worth taking a look at where the 2020 presidential candidates stand on immigration.

Although immigration policy has always been a high-profile issue in American politics, it's become a sustained and central topic of debate for several years now. In 2012, Barack Obama announced the Deferred Action for Childhood Arrivals (DACA) program, which shielded certain undocumented immigrants from deportation and drew strong opposition from anti-immigration groups. The perception that Mitt Romney lost the 2012 election in part because of his conservative stance on immigration, helped keep immigration in the national discourse — as did Donald Trump's victory in 2016, which appeared to contradict the idea that conservative immigration policies equal defeat at the ballot box.

From Congress' high-profile, failed attempt to enact immigration reform in 2013 to Trump's internationally-criticized policy of separating immigrant families at the border and putting migrant children in cages, immigration is one of the most controversial policy questions of the day, and will almost certainly remain so as the 2020 election progresses. Here's where all of the candidates stand on the issue: