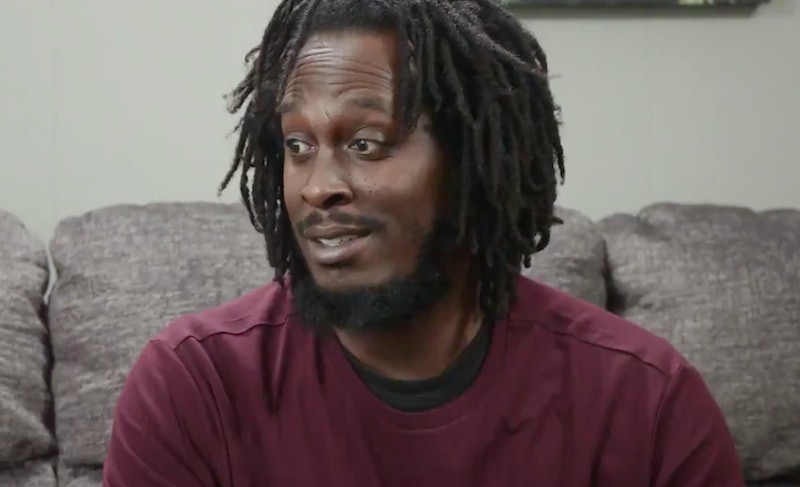 The latest episode of MTV’s Catfish did not end so well for DeJohn, a single father of three. As the series’ title suggests, DeJohn was, in fact, catfished by a woman named Gervaise posing as another woman named Cashay. So it won't surprise fans to find out that since Catfish, DeJohn and Gervaise haven't been super active on social media. That said, just because they're hard to find on Twitter and Instagram doesn't mean they haven't stayed in touch. In fact, the end of Wednesday's “DeJohn & Cashay,” suggests that the two maintained a friendship, despite the dramatic events that transpired.

DeJohn, a single father of three based in Detroit, Michigan, was brought on Catfish by his younger brother, Adonis, who reached out to Catfish hosts Nev Schulman and Kamie Crawford about his brother's girlfriend, "Cashay." The two apparently met on the dating website Plenty of Fish, and despite exchanging texts and living in the same city, they had never met in person. Her lack of social media profiles was also a major red flag for Adonis, though DeJohn didn't seem bothered.

Given that their relationship happened mostly outside of social media, it was hard for Schulman and Crawford to track the real "Cashay" down. But, after some Instagram stalking, they were able to get in contact with Cashay/Gervaise’s cousin, Cid. Cid eventually led them to the real "Cashay," a woman named Gervaise.

The episode ended with Gervaise saying she wanted to maintain a friendship with DeJohn, though he did not seem interested. However, in their check ins with the hosts two months later, DeJohn revealed that he had a change of heart. “I’ve spoken to her,” he told Schulman and Crawford. “This thing called life is weird. But friendship seems cool — as long as you know who she is.” And Gervaise said that she’s made her own dating profile with her own photo in an effort to stop her catfishing ways. “It’s kinda hard coming out of my shell,” she said.

DeJohn and Gervaise have moved on from this experience, and it seems like they're not on social media — or they don't intend to make themselves easy to find. There's no telling if their friendship has continued beyond Catfish. But, who knows, maybe they're still exchanging late night texts.