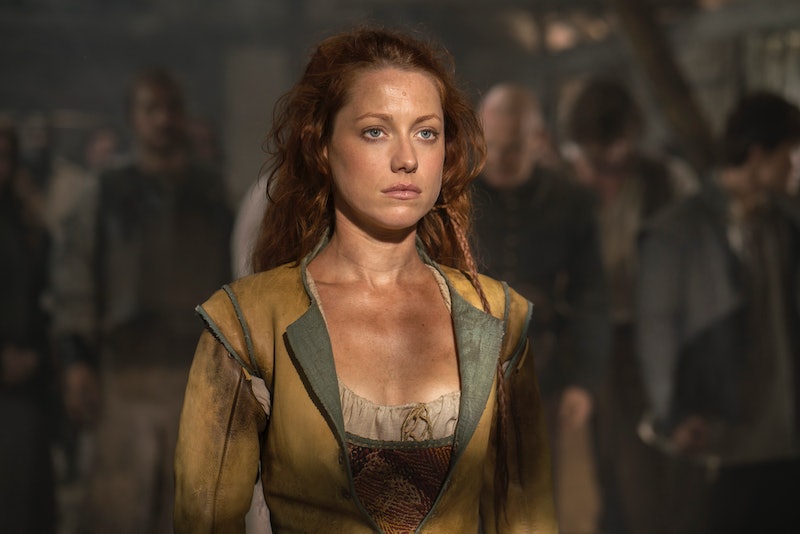 The Sky period drama Jamestown has returned for its final TV outing. The third and last series continues to follow the story of three women who each dropped their entire lives in order to move to an English settlement known as Jamestown. In the 12 years prior to the women's arrival, the small town was only occupied by men, and now the women are expected to find a husband among the community. But where is Jamestown filmed? Here are all the behind-the-scenes details you need to know.

According to the Metro, the show is set in the real town of Jamestown, Virginia — the first permanent English settlement in the United States of America. However, Jamestown is actually filmed in Vértesacsa, Hungary. In order to recreate the 17th-century English settlement, the production team built a realistic reproduction of what Jamestown would have looked like back in the day — and instead of opting for temporary structures, the crew constructed real buildings.

In an interview with the Radio Times, actor Naomi Battrick, who plays the character of Jocelyn Woodbryg in the series, shed more light on the show's filming process. She said: "The production company bought a field with a stunning lake and built an exact copy of Jamestown, They even grew the tobacco plantations. They had to chop it all down and burn it after filming because Hungary has strict tobacco laws." Woodbryg also revealed that she, along with her fellow cast and crew, moved to the Hungarian capital city of Budapest for five months in order to film Jamestown, and said that she had "completely fallen in love with Budapest and the Hungarian people" during her time there.

The third and final series of Jamestown premiered on Sky One back in April and the plot focusses on the settlers' expansion aspirations, as they strive for more control and power. The latest series will also display new tensions between the English and the Pamunkey (a Native American tribe), and the question of how far Opechancanough will go to protect his native land will be answered.

According to the Metro, Sky’s Director of Drama Cameron Roach has previously discussed the "very special" period drama. He said:

"Jamestown is a very special Sky original drama of which we’ve had the privilege of sharing with our customers over the past two years. The third series marks the final chapter of an incredible story, which offers huge emotion as well as thrilling adventure, and we can’t wait for it to be shared with our audience."

As previously reported by Bustle, Naomi Battrick, Niamh Walsh, and Sophie Rundle each returned to the final series as Jocelyn Woodbryg, Verity Bridges and Alice Kett, respectively. Jamestown series three currently airs every Friday at 9 p.m. on Sky One. Alternatively, you can catch up with new episodes on Sky's on-demand service immediately after the episode airs — and you can catch up with the first two seasons of Jamestown there too. Trust me — if you haven't done so already, you absolutely should.