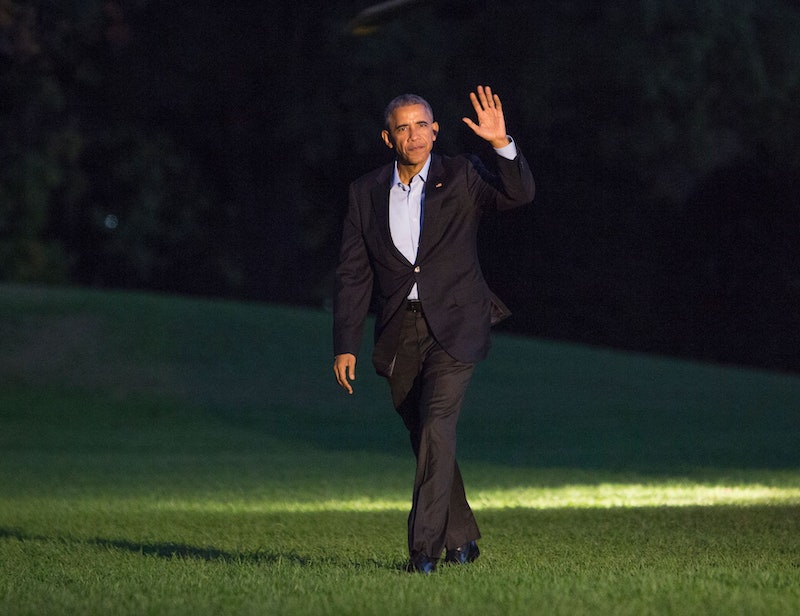 It seems hard to believe that the eight years of Barack Obama's tenure as the 44th president are coming to a close. But, so they are. In keeping with the tradition started by the very first POTUS George Washington, Obama will give a farewell address to the American people before the inauguration of the president-elect, Donald Trump. Obama's farewell address will be delivered on Jan. 10 in Chicago. Obama will speak at McCormick Place, a convention center on the Near South Side.

The choice of the city of Chicago for this final presidential speech is symbolic for Obama and his family. Obama celebrated his second presidential win at McCormick Place in 2012. The president gave his 2008 election victory speech from Grant Park, Chicago.

Chicago may not be Obama's birthplace, but in many ways it's his family's hometown. Obama began his political and legal career in the Windy City. The first lady grew up in Chicago, and it's where the couple raised Malia and Sasha before their move to the White House. A recent film, Southside With You, even chronicled a fictionalized version of the First Couple's first date.

The Windy City is also closely intermingled with Obama's time as president: former White House Chief of Staff, Rahm Emanuel, serves as the city's mayor. However, while President Obama enjoys near-record high approval ratings, Emanuel is struggling. The New Yorker called Emanuel's fall "sudden but well-deserved," citing issues like an attempt to lengthen school days without a corresponding increase in teacher salaries, implementing a new, faulty system for public transit ticketing, and caginess with reporters, to name a few.

Nor is controversy over the mayor's office the only plague on the Windy City in recent years. In 2016, nearly 800 people were murdered in Chicago, an enormous increase from previous years; last August was the most violent Chicago month in more than two decades.

Elected and police officials have pledged to address the underlying issues and improve conditions in the city, but progress may not happen quickly. However, the President's decision to return home for his farewell address may provide a ray of hope to citizens of the suffering city. Some may even be able to watch it live: tickets will be free and available to the public on a first-come, first serve basis, according to the White House.