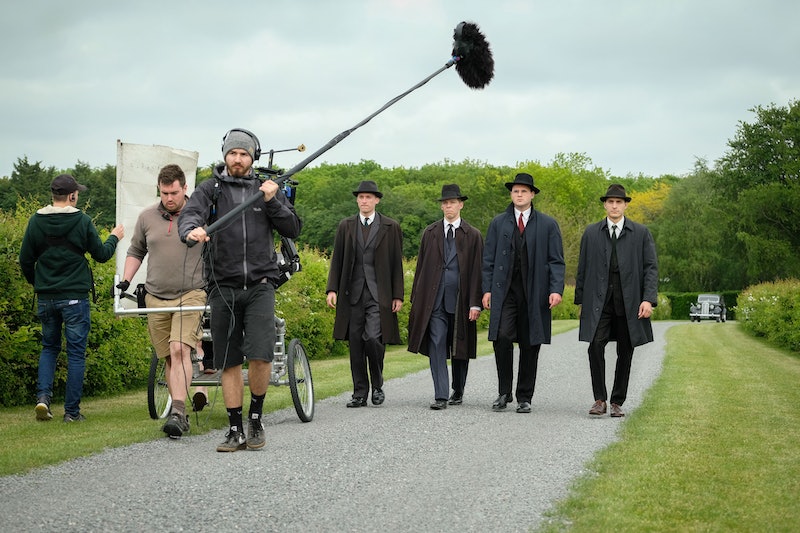 BBC's latest drama centres around an ambitious designer and inventor named Samuel Petrukhin. Set against the backdrop of 1950s Cold War Britain, the series follows Samuel after he is approached by MI5 to apply his design skills to a secret mission, which begins to interfere with almost every aspect of his life. The series was written and directed by Stephen Poliakoff, and stars Lost In Space actor Toby Stephens and Line of Duty's Keeley Hawes. But where is Summer of Rockets filmed?

According to the BBC, filming of Summer of Rockets first began in London and Oxford back in 2018, and, as reported by Hertfordshire, newspaper The Comet, filming also took place in Stevenage at Reddam House Berkshire, and close to the village of Watton-at-Stone.

The show's executive producer, Helen Flint, has previously revealed that one major scene was filmed on-location outside of Buckingham Palace — and it turned out to be somewhat of an intimidating experience.

According to the Radio Times, Flint said:

As reported by iNews, Summer of Rockets starts on BBC Two at 9 p.m. on Wednesday May 22, and will consist of eight one-hour episodes. The series is set during the summer of 1958 in the midst of the Cold War, and was created by the award-winning Stephen Poliakoff — who is perhaps best known for his work on Dancing on the Edge, Gideon’s Daughter and The Lost Prince.

When discussing the new drama with iNews, Poliakoff said:

"1958 was an extraordinary year. It saw the end of the debs [debutantes] being presented to the queen. It was also a time of great fear of nuclear war. The Cold War was at its absolute height and it ended with the Notting Hill riots — a reminder of the racial tensions that were bubbling up. All these things came together within a few weeks in the summer of 1958, that’s why I’ve always been fascinated by that time and thought it was a great setting for a drama."

According to the Express, Lucy Richer, an executive producer for the BBC, has previously expressed her excitement surrounding the upcoming series, and praised Poliakoff's writing and directing abilities. "Stephen’s writing and direction always draw a brilliant cast; I’m delighted to have such exceptionally talented actors on board to bring Stephen’s compelling, semi-autobiographical story to life on BBC Two," she said.

The cast of the new drama includes the Bodyguard star Keeley Hawes, Homeland actor Linus Roache, Mr Turner's Timothy Spall, and Lost in Space star Toby Stephens. The semi-autobiographical series gets underway on Wednesday, May 22 at 9 p.m. on BBC Two, and I am so looking forward to my weekly Summer of Rockets fix.