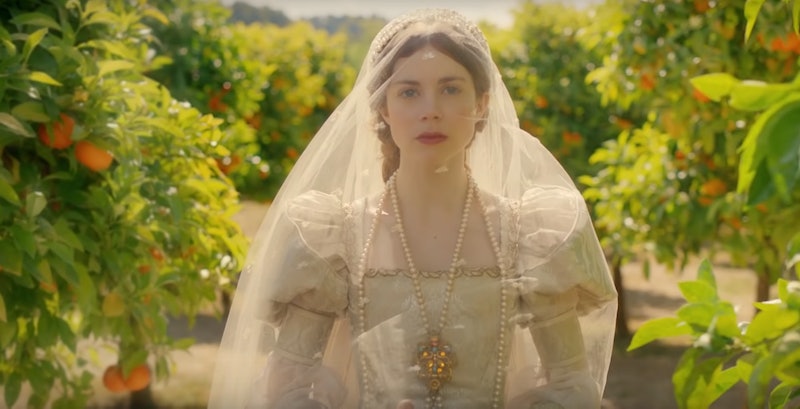 Starz's latest series, The Spanish Princess, revives the intriguing and scandalous world of 16th century Tudor England. The series begins when the young Spanish princess, Catherine of Aragon, arrives in England betrothed to King Henry VII's oldest son Arthur Prince of Wales. The political relationship between Spain and England is as much a part of the story as the relationships between the main characters, so where The Spanish Princess was filmed adds to the richness of the narrative.

Francombe added, "Our track-record as a base for period drama is exceptionally strong, and this promises to be another visually rich production with fantastic sets once again expertly designed by Will Hughes-Jones. The fact that this major drama will air on a premium cable and satellite channel to a world-wide audience is great news for the local industry working here at the Studios — it shows the world what can be achieved by basing production here in Bristol using South West locations."

The senior vice president of original programming at Starz, Karen Bailey, told the Bristol Post that Bristol was the natural choice to film their latest historical romance. "We knew from the early location scouts that the natural scenic beauty of the area was a good fit for the production," Bailey said, "but seeing the facilities at The Bottle Yard and discovering there was such a strong infrastructure already in place made the decision to shoot in Bristol an easy one."

Hampton Court Palace, the historical home of Henry VIII, is actually located closer to London in Surrey, a little over a two hour drive from Bristol, per Google Maps. However, Hampton Court Palace is currently in operation as a museum and visitors' center, and therefore wouldn't have been available as an option for filming a TV series.

According to Charlie Hampton, the executive producer of New Pictures, Bottle Yard Studios includes plenty of space for the ample sets required in The Spanish Princess. "We are delighted to be filming The Spanish Princess out of The Bottle Yard," he said in a statement on the Bottle Yard website. "The studios are ideally located for access to a huge range of historic locations and they provide a really convenient and well-managed base for our interior Palace of Westminster sets. The facilities on site, and locally, are a real asset to our production."

In period dramas, the visuals can be just as paramount to the success of the stories as the acting and direction. From the trailer alone, it looks like Starz and Bottle Studios were able to capture the right aesthetic for The Spanish Princess, making a series as visually stunning as its predecessors.