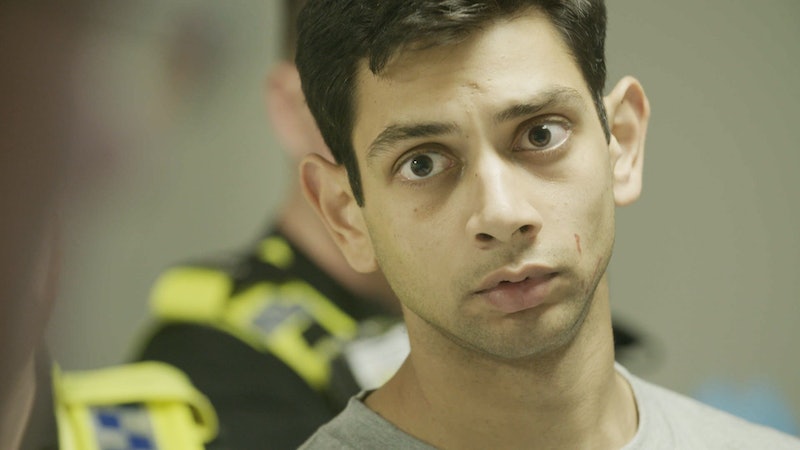 First aired in July 2018, Channel 5's Murdered By My Stalker tells the heartbreaking story of 24-year-old Alice Ruggles, who was murdered by her ex-boyfriend in Oct. 2016 after months of being stalked and harassed by him. Ruggle's ex was charged with her murder in 2017, but where is Trimaan 'Harry' Dhillon now?

According to the Sun, Ruggles ended her relationship with Dhillon in August 2016 upon "discovering he had been contacting other women on social media and dating apps." After this, Dhillion began to stalk Ruggles by inundating her with "text messages and phone calls," "unwelcome visits to her home," and "unwanted gifts," according to the BBC, and he also "threatened to kill himself." According to the Sun, Dhillion also hacked into Ruggle's Facebook "to monitor her movements."

Dhillion was eventually issued a police information notice (PIN) for harassment, the BBC reports, but he ignored it. Ruggles was then forced to contact the Northumbria Police about Dhillion's behaviour for a second time on Oct. 7 2016 having received "a letter and photographs in the post" from him, the BBC reports. She was then asked if she wanted Dhillion arrested, which the BBC states is "a question the IOPC [Independent Office for Police Conduct] said victims should not be asked, as guidance states the decision to arrest lies with an officer." Overall, during their investigation into the case, the IOPC found that "two officers had cases of misconduct to answer while another performed unsatisfactorily."

On the day of Ruggles' murder, Dhillion drove "120 miles from his barracks near Edinburgh to confront [her] and grabbed a long, sharp carving knife cutting through her throat to her spine," Chronicle Live reports. Dhillon initially denied murdering Ruggles, instead insisting that she "attacked him with a knife, accidentally stabbing herself in the process" according to Sky News.

"Precisely what happened once you were in the flat only you now know, but you have never had the decency to say," Judge Paul Sloan said during the trial (via Leicestershire Live). "Not a shred of remorse have you shown from first to last, indeed you were concentrating so hard on getting your story right when giving evidence, you forgot even to shed a crocodile tear."

The judge went on give Dhillon a sentence of "at least 22 years," Leicestershire Live reports.

Dhillon filed an appeal for his sentence, but this was refused. "The case went to the first stage of appeal but it was refused at this stage," a spokeswoman from the Court of Appeal told Sky News. "There was no reappeal at the second stage so the case was closed."

While Dhillon remains incarcerated, the Ruggles family have made it their mission to share her story and to "raise awareness of coercive control and stalking," as is stated on The Alice Ruggles Trust's site. They also want "to bring about lasting improvements in the management of perpetrators and the protection of victims."

More like this
After The Bling Ring, Nick Prugo Was Embroiled In Another Scandal
By Arya Roshanian
Lori Vallow Faces The Death Penalty For Allegedly Murdering 2 Of Her Children
By Brad Witter
Ruth Wilson’s New Thriller Spotlights A Controversial Irish Institution
By Darshita Goyal
'Survivor' Is Finally Coming Back To UK Screens
By El Hunt
Get The Very Best Of Bustle/UK