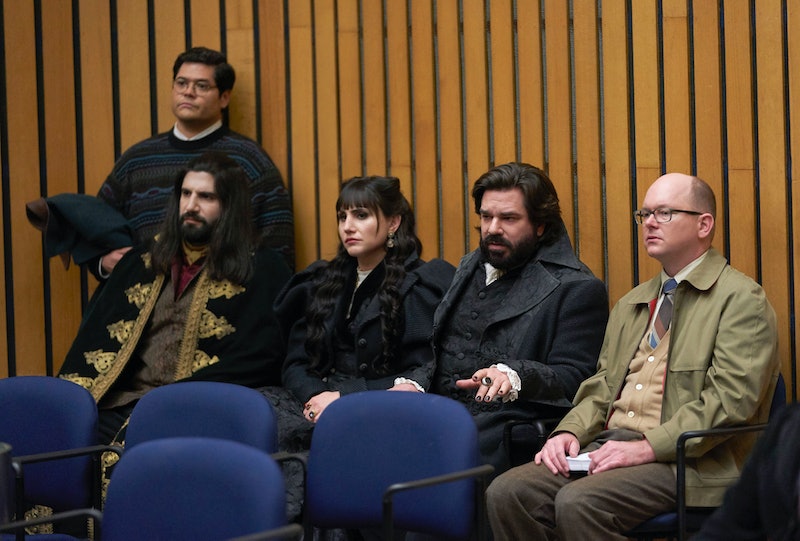 It is the hilariously spooky mockumentary that you won’t be able to turn off. What We Do In The Shadows, which is based on the 2014 film with the same name, follows three vampires born in different eras who are trying to adapt to the trials and tribulations of modern life on Staten Island, New York. While the ten-part series sees the vampire flatmates trying to work out their new life on the east coast filming for the show didn’t actually take place there. Where is What We Do In the Shadows filmed? While the cast and crew travelled to a few locations you may have to head further north to see where most of the filming for the show took place.

Whether you are a horror buff or a massive scaredy cat like me you won’t be able to switch off What We Do In The Shadows. A camera crew follows three slightly misinformed vampires as they attempt to complete their task of gaining complete domination of the New World from Staten Island. Only most of the filming for the show was not done in New York at all. It was Taika Waititi and Jemaine Clement who adapted their favourite cult vampire movie for TV and Clement revealed to Rotten Tomatoes that while the pilot episode was filmed in Los Angeles the rest of the series was filmed in Toronto.

While writing the shows plot, Clement visited Staten Island a lot and had an expert on hand in the writers room with him. He told the website, “one of the writers, Tom Scharpling, his wife is from Staten Island and anything we have to ask [about being] authentic, we have to ask Tom.” When it came to accuracy in the show there was no risk takingn. It would seem Clement left nothing to chance. He said. “they [the questions] get really stupid like, ‘Would you see a cow like this in Staten Island?’”

With the original film being set in Wellington, New Zealand and filming for the new series taking place in Toronto it begs the question why place the vampires on Staten Island? In his interview with Rotten Tomatoes Executive Producer Paul Simms said, “you could almost say Staten Island is the New Zealand of New York. It’s kind of the forgotten borough that not many people live in. No, but [it’s] quainter and not as glitzy and glamorous [as Manhattan].”

To say that the starring clan in What We Do In The Shadows are a little out of place in Staten Island is fair. Laszlo played by Matt Berry and Nadja played by Natasia Demetriou make up a mischievous double act generally leading the others astray. They are lead by Nandor The Relentless played by Kayvan Novak. A conqueror from the Ottoman Empire, modern day New York poses a bit of a mystery to him. The trio are joined by servant Guillermo, played by Harvey Guillén and Colin Robinson played by Mark Proksch. A camera crew follows the very confused bunch as they set out for world domination, but first they have to figure out how to negotiate night clubs and the shops.