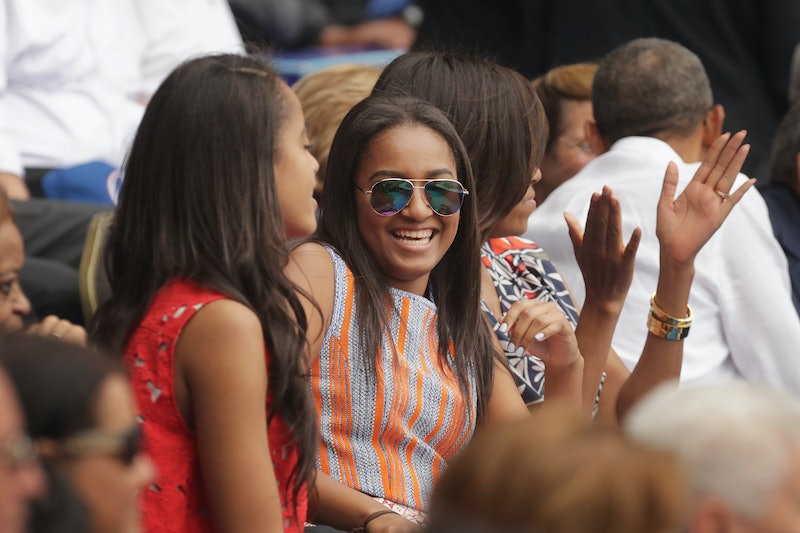 As many people noticed, Sasha Obama was not present at her father's presidential farewell speech on Tuesday night. The high school student's absence from the event received a good deal of notice and even criticism online, with some social media users demanding to know why Sasha missed the farewell speech of her father's presidency. This criticism is patently unfair, as Obama is a minor and a private citizen, and entitled to her own life and schedule without questioning and criticism from others.

While the Obamas certainly do not have to provide a reason as to why Sasha was not present at her father's speech, the reason is likely fairly straightforward: Sasha is a high school student in Washington, D.C., and, since tomorrow is a school day, it is quite possible that her parents simply did not want her to stay out late on a school night, especially since the Obamas must fly back from Chicago to D.C. this evening.

However, regardless of whether or not this constitutes the reason for Sasha's absence, the incessant inquiries into her whereabouts seem unfair and overly intrusive. While Sasha is the outgoing President's daughter, she is also a teenage girl who can choose prioritize her own commitments over her role as a President's daughter.

Indeed, historic media coverage of the Obamas and previous presidents' families have thankfully generally respected this mentality. According to an article published in the Washington Post in 2012, there exists an unwritten rule to not write about the "routine" or "mundane" activities of the President's children. In this same article, a White House spokeswoman for Michelle Obama said:

From the beginning of administration, the White House has asked news outlets not to report on or photograph the Obama children when they are not with their parents and there is no vital news interest. ... We have reminded outlets of this request in order to protect the privacy and security of these girls.

The fact that the White House did not release an official statement indicating why Sasha missed her father's speech tonight likely indicates that they view the matter as private and not of vital news interest. Thus, mainstream media, as well as social media, should respect this decision and not demand to know or speculate as to where Sasha was or what she was doing during the farewell speech.

This falls in line with the traditional way in which the press has always covered presidential children, and, while this event is noteworthy because it is President Obama's last speech in office, it still should not be handled any differently in terms of coverage of the President's daughters. Incessant media queries and social media criticism about her whereabouts are unnecessary and disrespectful. Sasha Obama is absolutely entitled to her own life and activities without questioning from the internet.