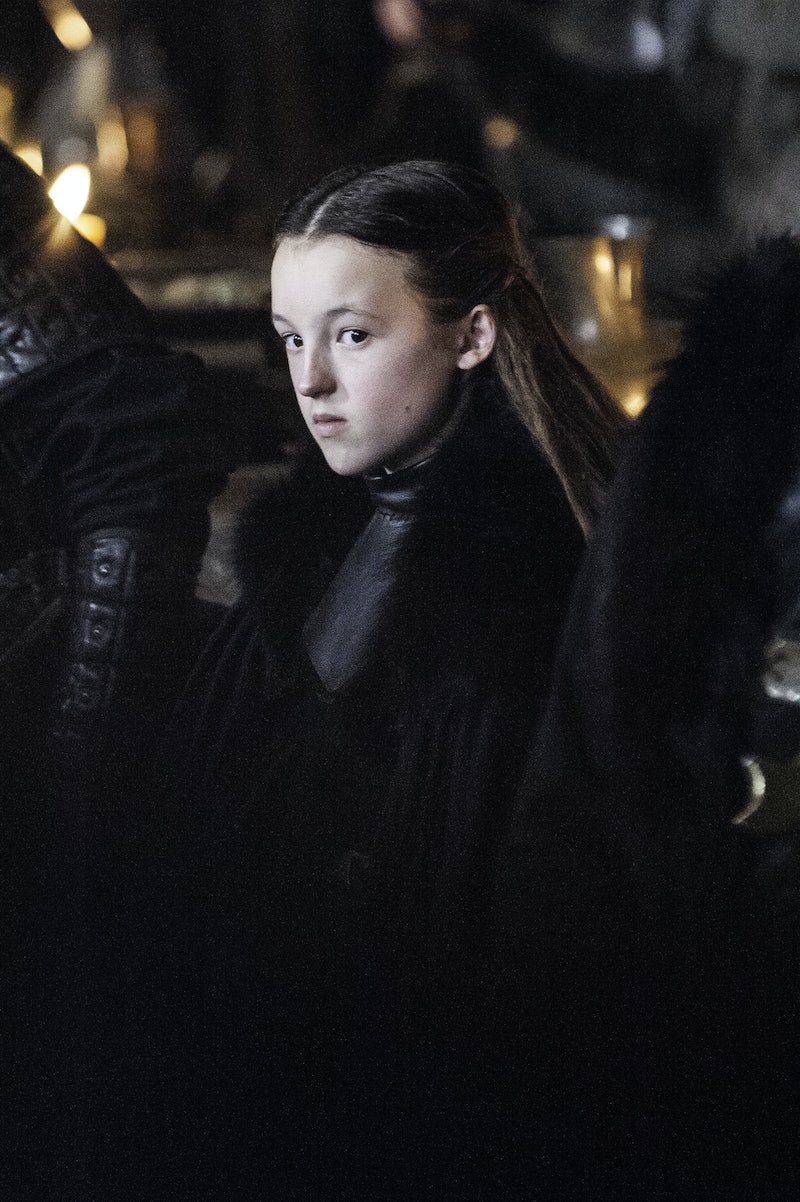 With this season wrapped, every fan should be wondering where Lyanna Mormont was during Game of Thrones Season 7. Even with all the action at Winterfell over 2017's seven episodes, we barely caught sight of the Bear Queen. Lyanna appeared in "Dragonstone" and "Stormborn," but they gave mere glimpses of her character. After allowing fans to fall in love with the steely-eyed feminist during Season 6, the creators ripped her away from them in the penultimate season. And it's hard not to see that as a mistake.

There's no shortage of strong female characters in Game of Thrones, of course, but Lyanna Mormont brings something unique to the table. Women like Cersei Lannister, Arya Stark, and Daenerys Targaryen are unquestionably strong, but they're devious as well. They're complicated, layered characters, but they verge into some very troubling territory on occasion. Spend enough time with a character, and you'll be privy to all of her flaws.

But in the case of Lyanna Mormont, fans either haven't had that chance, or she is honorable through and through. Since either option involves spending more time with the fearsome young warrior to find out, adding the Bear Queen to storylines is a win-win scenario. At the moment, she feels like a young Brienne of Tarth — an incorruptible force for good, who thinks and acts for herself. She refuses to be cowed by older male voices or to do what's expected, which makes her a beacon of feminism, shining out of the center of this story.

With such a strong, compelling character waiting in the wings, it feels like a waste not to use her. After all, this is the girl whose resolve serves as a gut-check even to the Starks themselves. If a little girl in charge of the armies of Bear Island doesn't flinch in the face of danger, how can grown men and women who sit beside her justify their own trepidation? How can the Starks themselves?

When Jon Snow was able to convince her to declare House Mormont for the Starks, it was a turning point in that storyline, and the other Northern lords soon followed suit. When Arya was attempting to shame Sansa for the message she wrote under duress, she name-dropped Lyanna Mormont to discourage her sister from claiming childish ignorance. And you know what? It worked. So if even the mention of a character is strong enough to alter the show's plot and jolt her peers back into thinking clearly, think how effective it would be to work the pint-sized ruler more fully into the plot.

She could have easily been more of a presence at Winterfell during the discussions between Jon Snow and the rest of the Northern lords. During the tangled, unnecessary confusion between Sansa and Arya, Lyanna could have served as a voice of reason. She's one of the most rational minds in the series, so any number of characters could have gone to the young queen for advice.

In fact, if Sansa or Arya had sought her counsel earlier, we could've saved ourselves multiple episodes' worth of petty posturing between the two sisters. Although it would've made Littlefinger's ultimate demise much less surprising.

This was a season where almost no one was operating at the top of their intelligence. Cersei failed to kill Tyrion when she knew he was entering King's Landing. A force of Westerosi set out to try to capture a wight in a plan so foolish that it resulted in the death of one of Daenery's three dragons. The maesters refused to believe in the White Walkers. A calm, collected voice of reason to break through all of that would've been incredibly refreshing, and that's what Lyanna represents.

At the end of the day, Lyanna Mormont is a badass, empowered girl, who turns in kickass performances every time she graces the screen. Let's give her some more opportunities in Season 8.