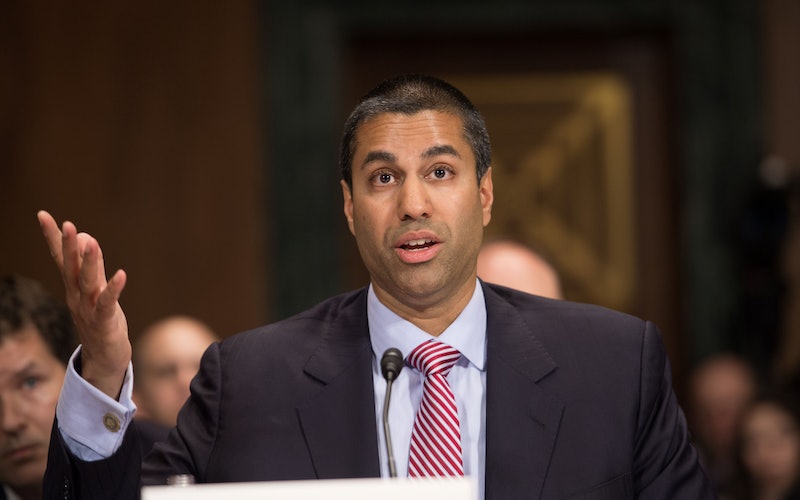 The Federal Communications Commission has a new chairman, and he's already stirring up controversy; President Donald Trump's pick for FCC chairman, Ajit Pai, is no friend to net neutrality — regulations that nearly 3.7 million people filed public comments with the FCC in favor of.

Before being appointed an FCC commissioner in 2012, Pai, a Republican telecommunications lawyer, worked for the Senate, the Justice Department, the FCC, and Verizon Communications. Pai currently lives in Arlington, Virginia with his wife and two children. He lived in rural Kansas as a child before attending Harvard University and the University of Chicago's Law School.

Many content providers support net neutrality, USA Today reported. But others tend to side with Pai, calling the regulations restrictive. Pai's reasoning behind opposing the regulations is that certain internet companies compete with cable and broadcast companies by offering services like voice calls, messaging, and streaming video, the New York Times reported.

As a lawyer, it makes sense that one of Pai's key arguments against the net neutrality regulations is that they don't respect the limits on the FCC's power. Pai spoke about respecting "the limits that Congress has placed on [the FCC's] authority," last December. "We can’t simply enact whatever we think is good public policy," he said. "We also have to make sure that we have the power to do so." While dissenting against the regulations, Pai also said "this Order imposes intrusive government regulations that won’t work to solve a problem that doesn’t exist using legal authority the FCC doesn’t have," according to USA Today.

Aside from his stance on net neutrality, Pai is a proponent of the free-market, connecting rural areas to high-speed internet, and helping save AM radio stations, NPR reported. But he may not always have the same views on net neutrality. "Every Commissioner who has been elevated to Chairman discovers the job is very different from what he or she thought it would be," Gene Kimmelman, president and CEO of public interest group Public Knowledge said according to USA Today. We'll have to wait and see if Pai changes his mind on the contentious subject.