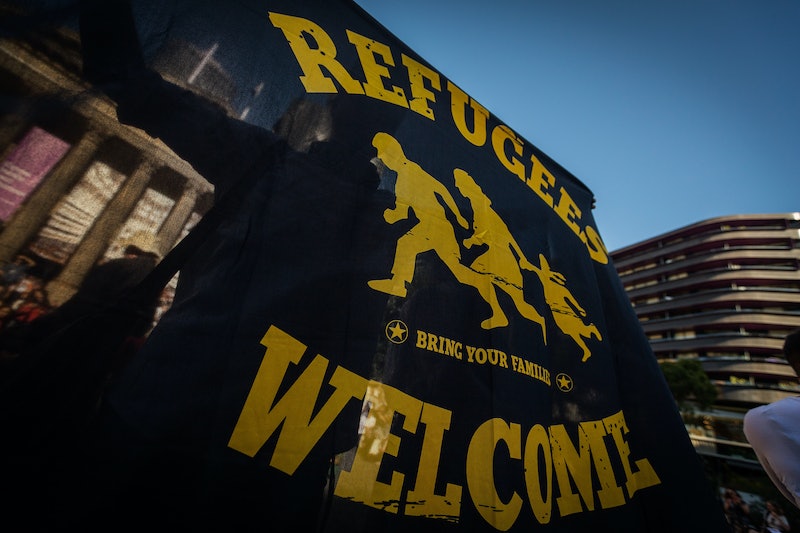 Donald Trump's executive order on Friday banning refugees and people traveling from specific Muslim-majority countries lasted just a few hours before being halted by a federal judge. The woman who issued the first legal ruling against Trump's Muslim ban may have many more chances to shape history in the coming months. Who is Ann Donnelly? The federal judge is working to uphold the law against Trump's unconstitutional attempts to legalize discrimination.

U.S. District Judge Ann Donnelly worked in the New York County District Attorney's Office for 25 years before she became a judge in 2009. She then served in the Kings County, New York County, and Bronx County Supreme Courts. In 2015, she was recommended for a federal judgeship by Senator Chuck Schumer, and confirmed by the Senate with a 95-2 vote. Her ruling on the refugee ban is her most famous case to date, and her ruling reflects its significance perfectly.

"The petitioners have a strong likelihood of success in establishing that the removal of the petitioner and others similarly situated violates their rights to Due Process and Equal Protection guaranteed by the United States Constitution," Judge Donnelly wrote in her formal decision on the executive order. "There is imminent danger that, absent the stay of removal, there will be substantial and irreparable injury to refugees, visa-holders, and other individuals from nations subject to the January 27, 2017 Executive Order."

The decision is a solid start to taking down the executive order, because it took a centrist but firm approach to the situation. Judge Donnelly didn't strike down Trump's entire order, nor did she even say that detainees have to be let into the country. The ruling does, however, show a clear legal path forward to accomplishing both goals in the near future, and potentially securing a definitive reversal of the ban.

If Judge Donnelly had ruled too extremely, her own ruling might have been quickly overturned, or she might have been otherwise criticized for perceived partisanship. It may not be the immediate solution some were hoping for, but Judge Donnelly's ruling is a bureaucratic beginning that will work inside the system to defeat the ban.

Since Judge Donnelly's decision, several other federal judges in districts across the country have issued similar holds on the executive order. It might take quite some time to sort out what the law is, because according to CNN, not even high-level administration officials are 100 percent clear on the specifics of the executive order. The country is also still without an Attorney General right now, which could hinder the process of sorting out the legal ramifications of the ban (plus, this whole situation promises to make Jeff Sessions' confirmation hearing an even steeper uphill battle).

This initial step toward regaining refugees' right to seek a better life in the United States was crucial. Judge Donnelly's action on the ban will be marked as an important moment in history, a ruling that affirmed the rights to life and liberty on which the nation was built.