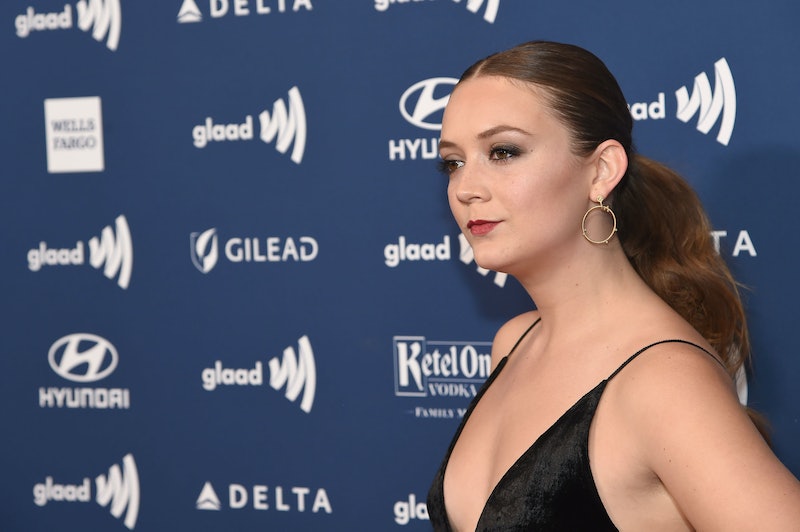 Second time's the charm? After getting together briefly and breaking up a few years back, it seems as if this couple may have finally found their stride. This is especially apparent if you scroll through their respective Instagram pages, but who, exactly, is Billie Lourd dating, you wonder? Well, the Booksmart star's boyfriend's name is Austen Rydell, and they've been trotting their love all over the globe together in recent months.

According to People, Lourd and Rydell first started seeing each other in early 2016. It's unclear how they met, how long they dated for during that time, and what caused them to break up. By October 2017, though, the outlet reported that they'd been spotted hanging out together again. Since then, things have only continued to heat up between the two.

Lourd's mother, beloved actor Carrie Fisher, passed away unexpectedly shortly after Christmas in 2016. The following year, Rydell went to Norway with Lourd and her family on the anniversary of Fisher's death, which speaks to how close the couple had grown after rekindling their romance just two months prior.

"My momby had an otherworldly obsession with the northern lights, but I never got to see them with her. We journeyed to northern Norway to see if we might 'see the heavens lift up her dark skirts and flash her dazzling privates across [our] unworthy irises.' And she did. I love you times infinity."

After their trip to Norway, Lourd and Rydell slowly but surely got more and more comfortable taking their relationship public. He attended an event with her in January 2018, "where Rydell watched Lourd as she answered questions on the red carpet," a source told Us Weekly at the time. The insider added, "Rydell graciously waited for Lourd to finish her interviews before they headed into the event separately, where they were spotted kissing inside," and they "went to great lengths to be discrete."

In February 2018, Lourd shared several photos of her Rydell from a trip to Disneyland they took with friends. In April, the couple visited Japan together, and in July, Lourd declared that she was "obsessed" with Rydell, after he surprised her with a trip to Las Vegas for her 26th birthday, MSN reported.

In the caption of the photo Lourd posted of Rydell in her Instagram Story (as per MSN), the star wrote, "This king just surprised me with a 24 hour trip to Vegas and it’s safe to say I’m obsessed with him." Ah, young love.

In August, Lourd really laid it all out there by putting up two romantic pictures of her and Rydell — one of which showed the pair kissing. You have to admit, they're pretty darn cute, aren't they?

Over the course of the last year, it seems as if their relationship has only continued to get stronger. There's plenty of pics to confirm that notion, which you're welcome to peruse on their respective accounts and audibly "aww" accordingly.

So, is Rydell the one? Who knows. He's definitely her one and only right now, though, and they sure do look happy together.

More like this
Who Is Nick Cannon Dating & How Many Kids Does He Have?
By Jordyn Tilchen and Radhika Menon
The 'Love Island' Wedding Mystery That No One Saw Coming
By Darshita Goyal
Rhys Ifans Has A Good Reason For Keeping His Love Life On The DL
By Maxine Harrison
Hailey Bieber Just Responded To *That* Viral Met Gala Moment
By Radhika Menon and Sam Ramsden
Get Even More From Bustle — Sign Up For The Newsletter