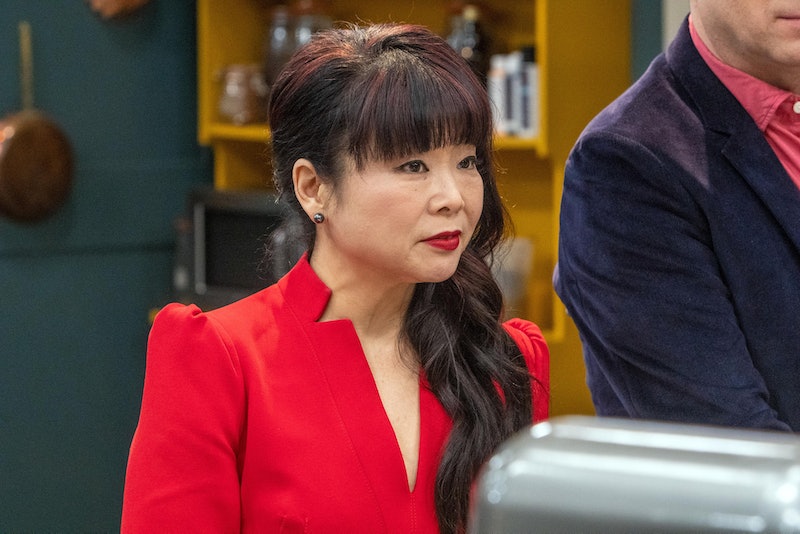 Channel 4’s Bake Off: The Professionals has everything from the most delicate of deserts to human sized cakes. The contestants make baking look like a fine art and they come under some pretty big scrutiny from the judges. However, they are sharing the room with one of the best pastry chefs in the business. I can’t even imagine the pressure. Who is Cherish Finden? The executive pastry chef turned TV judge dishes out some pretty harsh criticism. However, with two decades of being known as the best of the best and more awards than you can count to her name, she seriously knows what she is talking about.

While Finden may be known best as a judge on Bake Off: The Professionals on Channel 4 she has had a career off screen that has spanned decades. Born in Singapore she revealed in an interview that she has been cooking since the age of nine. Speaking to Marylebone Village she said, “I started volunteering at a cake shop when I was 13. By the age of 16 I was working on Saturdays in the kitchen, creaming up to 70 cakes a day. We had to work very fast. That is where I fell in love with cooking.” Before moving to London in 2001 she cooked and crafted pastries in some of Singapores most famous hotels including the famous six star Raffles Hotel. She pursued her passion in London and enrolled at Shatect Culinary School.

She has fully embraced her role as one of bakings most feared judges but Finden is no stranger to competition. In her career she has scooped up over 25 medals including 18 golds. It comes as no surprise that Finden is known for serving one of the nicest afternoon teas in London. Joining The Langham in 2009 as their executive pastry chef she has served afternoon teas at The Palm Court and won the Tea Guild’s Top London Afternoon Tea 2010 award. Speaking to Destination Of The News about her sweet creations she said, “I try to incorporate an element of Asia in my collections, whether in the ingredient or in the presentation. For example, the new Afternoon Tea with Wedgwood collection features yuzu and previous collections and incorporated wasabi and similar essences.” She continued:

“If I can inspire one person to pursue a career in pastry as a result of the show, then it will have all been worth it. I am quite a shy person by nature so I am a little bit nervous for additional attention I may receive but overall, I’m excited to be able to profile my industry as it is such a passion for me.”

Finden appeared on the first series of Bake Off: The Professionals when it aired in 2016. However, this wasn’t her first foray into the world of TV. Before that she had made appearances on Masterchef, Junior Bake Off, and the Great British Bake Off: An Extra Slice.

While she may be the scariest pastry judge on TV she definitely has all the experience to back her. Finden’s creations are nothing short of art, they almost look too good to eat. You can catch Finden tonight on Channel 4 at 8 p.m. on Bake Off: The Professionals.