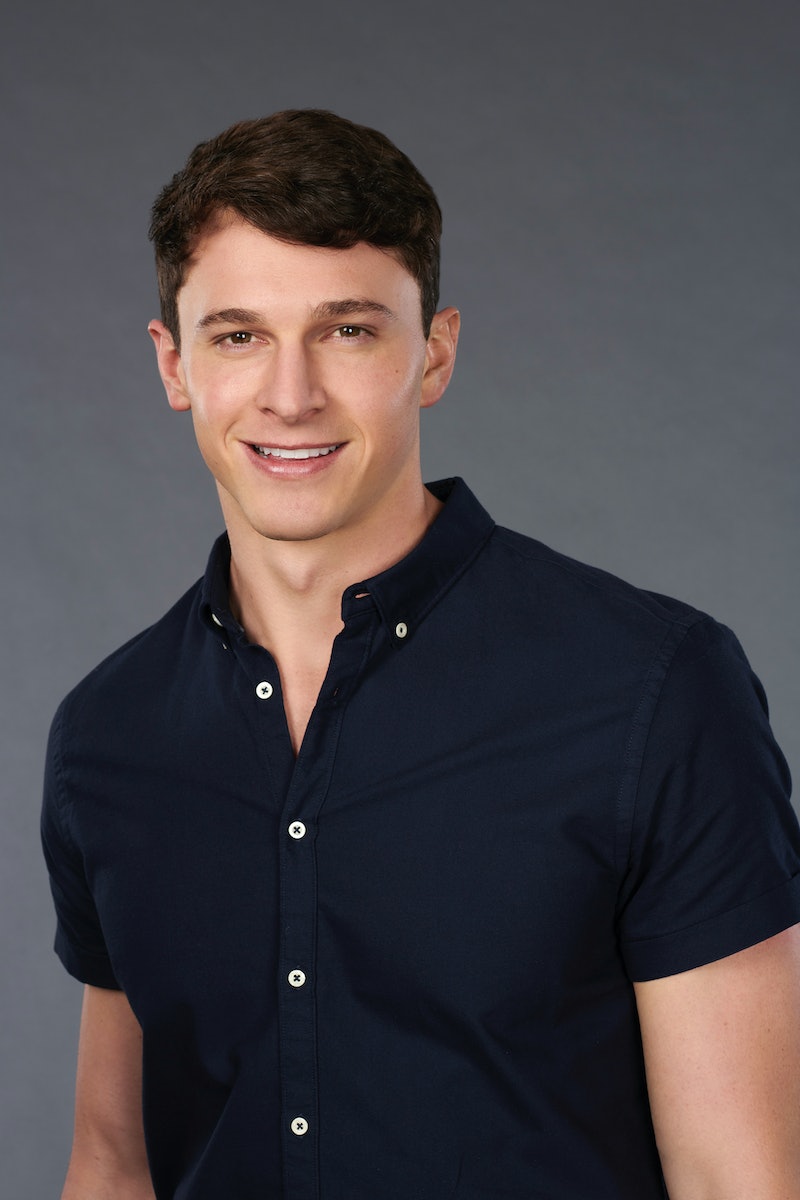 A new season of The Bachelorette means meeting a new group of guys who hope to win over the Bachelorette's heart. But only one can walk away with that final rose. And while you could argue it's way too soon to start picking any frontrunners, Bachelorette contestant Connor Saeli is definitely a top candidate — not only based on his basic info, but because of the initial conversation he had with Hannah B. on-camera earlier this year.

Though most of Hannah B.'s suitors will meet her for the first time after stepping out of that limo on premiere night, there were five guys who had the chance to meet her before the season even started filming. As part of Colton Underwood's After The Final Rose special, it was announced that Hannah would be the next Bachelorette. Then, to help kick things off, Chris Harrison created an impromptu meet-and-greet for some of Hannah's suitors. One of these guys just so happened to be Connor, who wasted no time in making a long-lasting impression on both Hannah and viewers.

"I was really excited to hear that you were the next Bachelorette," Connor told Hannah on ATFR. "And for me, in starting a relationship, it's really important that we're on the same level." He then proceeded to bring out a step stool, allowing them to be on the same level as one another and indicating that he wanted there to be an equal partnership between the two of them. "I want to use this as a first step for us seeing eye to eye with each other as we start this journey together," he explained.

Sadly, Connor didn't end up receiving the first rose from Hannah that evening, but she definitely thought that his gesture was sweet, and it will hopefully help him to stand out among all of the rest of the contestants as the season progresses.

As for what else there is to know about Connor, his LinkedIn profile shows that he's an analyst in Goldman Sachs' Special Situations Group in Dallas, Texas. He also got his finance degree at Cox School of Business at Southern Methodist University in 2017. According to his ABC bio, Connor considers himself a "true gentleman," and "finding someone to start a family with is high on his priority list." It literally says he and Hannah have a lot in common, so he's off to a good start.

His ABC bio further mentions that he loves Justin Bieber — OK dude, do you — he swam competitively in college, and he likes to dance to Spanish music in the club (does he mean "Despacito"?). Unfortunately, there's not much info about him beyond that, as his Instagram is currently set to private, but that will likely change once Hannah's season officially kicks off.

Regardless, based on what we know and have seen from Connor so far, he seems like a worthy candidate to win Hannah B.'s final rose. Of course, this is all just guesswork for now until we see how the two of them work in a more date-like setting, but as it stands now, he may very well be one to watch.