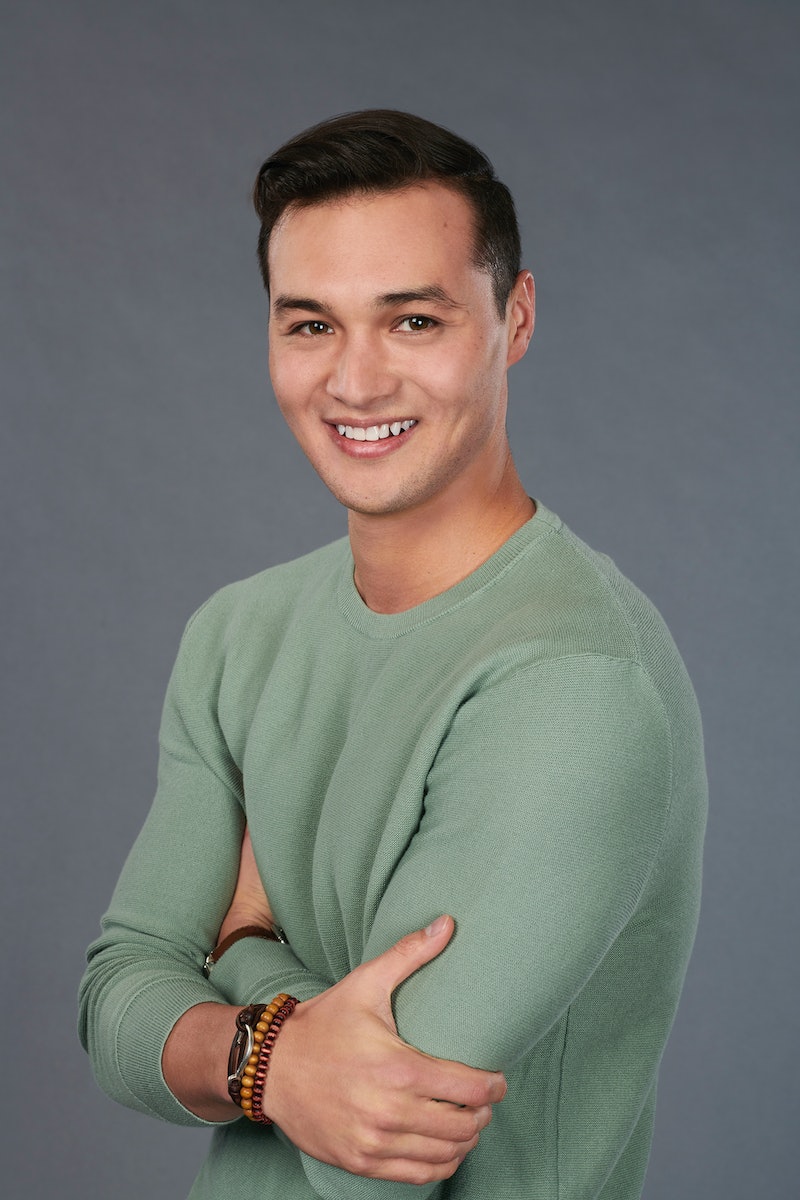 Being the southern belle that she is, Hannah B. is looking to find love with a proper gentleman, and Connor J. on The Bachelorette might just be that guy. According to his bio for the show, he's "looking for a woman with whom he can build a life of love and fun." He's a 28-year-old corporate sales manager from Newport Beach, California who, per his bio, will "always open your door and pull out your chair."

According to ABC, those qualities make Connor "the kind of guy your dad wants you to end up with." Sure, those are good qualities to have, but his time on the show will really help fans — and Hannah — determine the type of guy he really is. Will he be the one who gets wrapped up in the drama, the guy who lays low, or the guy who comes to Hannah's rescue in times of stress and confusion? Time will tell. But for now, he sounds like a pretty standup guy.

Actually, Hannah may have more to worry about entering this relationship, considering Connor says his biggest turnoff is a girl who gossips. Remember the pageant queen drama between her and Caelynn on The Bachelor? That's when she got the nickname "Hannah Beast." The tiff was ultimately settled, though, and it's safe to say that Hannah has moved on.

According to his LinkedIn, Connor J. graduated from the University of Missouri-Columbia with degrees in business administration and international studies in 2012, and has spent the last eight years working his way up the corporate ladder. Most of that time has been spent at Lexus on their sales team. He started in 2013 as a sales and merchandising analyst and has been in three other positions since. He's now a district sales manager for Lexus' western area, which spans five states.

His job likely requires a lot of travel, but he seems to be OK with that, considering his Instagram bio says he's a "travel junkie." He's been to 40 of America's 50 states, per his bio for the show, and at least 50 percent of his Insta feed is made up of travel photos.

Connor shared his first post in three months hours ahead of The Bachelorette premiere — a snapshot of his first encounter with Hannah B. Before then, he shared pictures from Thailand, Guatemalan volcanoes, Nicaragua, and more.

Aside from travel, Connor's Instagram features his adorable family. He has a 22-year-old younger sister who he loves dearly, as evidenced by a sweet message he shared for her birthday last year. His mom, Nancy Loo, is an Emmy award-winning reporter for WGNNews Chicago and her (verified!) Instagram is amazing. She recently shared a photo of her mom (Connor's grandma) wearing rose-printed leggings on Mother's Day in preparation for Connor's Bachelorette appearance.

With a family as supportive as his own, Connor probably entered The Bachelorette mansion with all of the confidence in the world. Hopefully Hannah sees that and gives Connor as many roses as there are on his grandma's festive leggings.