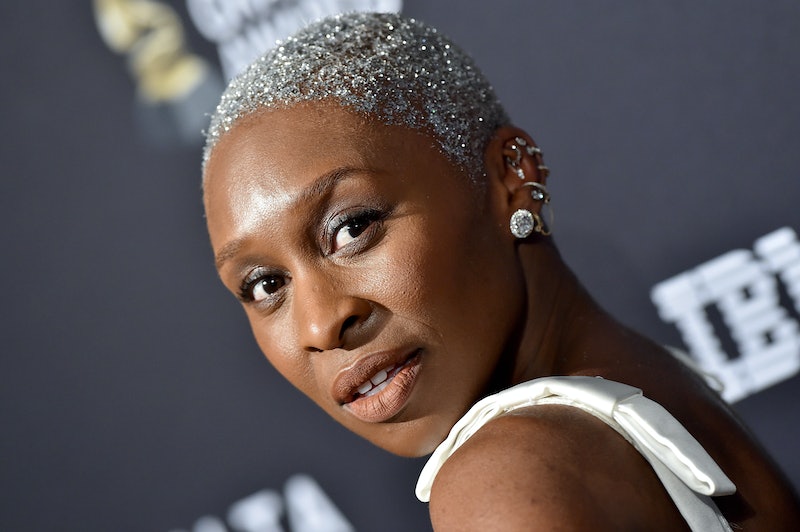 Cynthia Erivo could be on her way to earning EGOT status. It's no secret she's a true star who isn't afraid to let her talent shine. However, when it comes to who Erivo is dating in 2020, she likes to keep that information to herself.

The Harriet star didn't used to be particularly shy about discussing who she's dating, but she might have turned a corner on that front. Right now, it's unclear if the the Oscar nominee is romantically linked to anyone, despite previously declaring she was dating Mario Martinez a few months ago.

In an October 2019 Vanity Fair profile, The Outsider actor said about Martinez, "He chased me." Apparently, Martinez would repeatedly asked her out, even when she was dating her ex, actor Dean John-Wilson. "Then the last time, I was not with my ex anymore — except this time he did not ask,” Erivo told Vanity Fair. "He just walked up to me and gave me a kiss." At the time of the interview publication, Erivo and Martinez had been dating for two years.

In a November 2018 Vogue interview, Erivo revealed she met Martinez the day after she won a Tony in 2016 for her leading role in The Color Purple. Their relationship started off full of surprises, so much so Martinez didn't even know Erivo could sing, nor had he seen her act. After six months of dating, she took him to a brunch hosted by Oprah Winfrey, where she performed, surprising her beau. "I remember looking at him and seeing this 'What?' look," she recounted. "It took him, I think, a couple of days to process what had happened."

In March 2019, Erivo also wished Martinez a happy birthday on Instagram. After saying "I love you," she gushed, "May this day be sweet for love, may this year be full of great things. I can not wait to witness the greatness you have in store."

The actor hasn't posted about their relationship since. Whether or not Erivo is still dating Martinez is unclear, but it seems like the actor prefers it that way.

More like this
Dixie D’Amelio & Noah Beck “Love Each Other” Despite Breakup Rumors
By Julia Emmanuele, Jordyn Tilchen and Grace Wehniainen
Blake Lively & Ryan Reynolds’ Relationship Timeline Includes 4 Baby Bumps
By Jake Viswanath
Cynthia Addai-Robinson’s Husband Is The Hype Partner We All Need
By Darshita Goyal
Who Is Nick Cannon Dating & How Many Kids Does He Have?
By Jordyn Tilchen and Radhika Menon
Get Even More From Bustle — Sign Up For The Newsletter