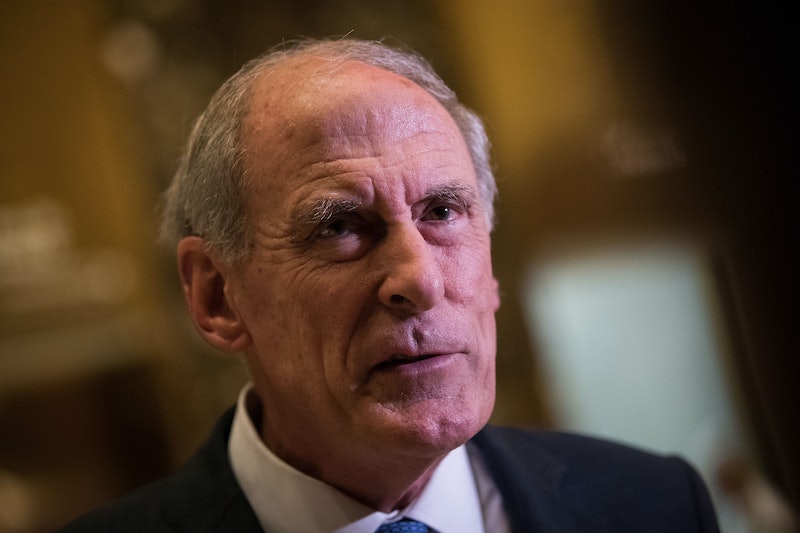 President-elect Donald Trump has tapped former Indiana Senator Dan Coats to serve as Director of National Intelligence, according to the Washington Post. The position was created after the Sept. 11 terrorist attacks to coordinate the United States’ 17 intelligence agencies. It has been reported that the intelligence agencies would be up for a massive reorganization when Trump takes office later this month. The job is currently held by James Clapper.

Coats, 73, served in the Senate, first from 1989-1999, and then again from 2011 until Jan. 3 of this year (he decided not to run for reelection). Coats also served as an Ambassador to Germany during George W. Bush’s presidency, and he helped get Supreme Court Justice Samuel Alito appointed to the bench. During his time in the Senate, Coats served on the Intelligence Committee.

Trump has clashed with intelligence agencies since his November victory, amidst the CIA's conclusion that Russia influenced the election by hacking and releasing the emails of Democratic party operatives. On Wednesday, Trump tweeted about the intelligence findings, using scare quotes around “Intelligence” and “Russian hacking” and calling the legitimacy of the findings into question.

Trump’s tweets coincided with a report by the Wall Street Journal that he is planning a major overhaul of the Director of National Intelligence position. The report by Damian Paletta and Julian E. Barnes asserted, somewhat ironically, that “the move is prompted by his belief that the Office of the Director of National Intelligence has become bloated and politicized,” according to people familiar with the plans.

Trump’s tapping of Coats also coincides with Senate hearings held Thursday on Capitol Hill which are looking into global cyber threats, but focused almost exclusively on the Russian hacking. “I think there is an important distinction here between healthy skepticism which policymakers — to include policymaker No. 1 — should always have on intelligence,” said Clapper to the Senate Armed Services Committee. “But I think there's a difference between skepticism and disparagement.”

Indeed, many Republicans seem to find themselves in the uncomfortable position between their incoming president and their traditional role as proponents of the intelligence community. Sen. Lindsay Graham of South Carolina, who made a run for the Republican nomination, said at the hearing, “It's okay to challenge the intel, you're right to do so, but what I don't want you to do is undermine those who are serving our nation in this arena until you're absolutely sure they need to be undermined.”

“I think they need to be uplifted, not undermined,” Graham added.

It is uncertain whether Coats’ nomination will prove as difficult as some of Trump’s other appointments. However, he does have a past that some liberals may find objectionable, including his contribution to the “Don’t Ask, Don’t Tell” law banning gays and lesbians from serving openly in the military, and his opposition to gay marriage.