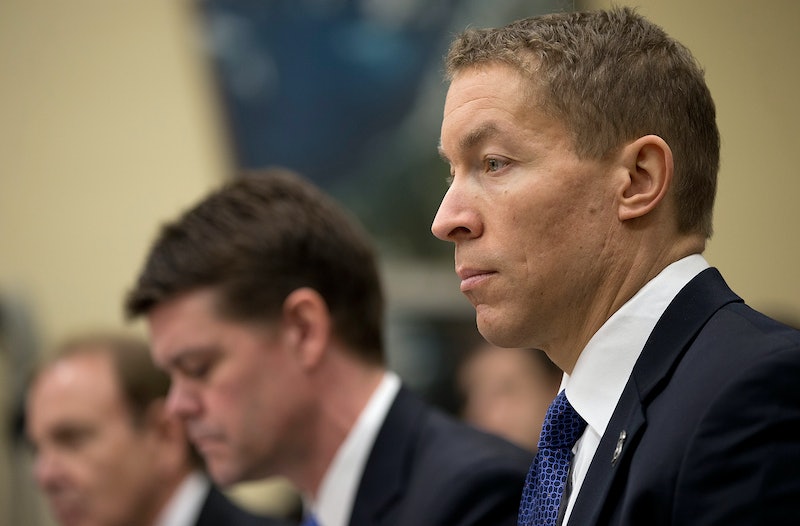 Sally Yates wasn't the only person Donald Trump replaced Monday night. Daniel Ragsdale, the Immigration & Customs Enforcement director was replaced by Thomas Homan. However, while Trump clearly stated that he was getting rid of Yates because of her refusal to enforce his immigration order that temporarily bans refugees and immigrants from entering the United States, no reason has been given for Ragsdale's demotion.

A statement from Department of Homeland Security Secretary John Kelly announcing the change in fact did not even mention Ragsdale, only stating that Homan had been appointed as acting director. But according to Washington Post reporter Mark Berman, Ragsdale was not fired like Yates was, but will instead serve as deputy director under Homan.

Ragsdale had been serving as deputy director of the agency since 2012 and became the acting director on Trump's inauguration day, lasting — like Yates — only 10 days into the Trump presidency. According to his official biography, he previously served as ICE's Executive Associate Director for Management and Administration, a counselor to the ICE Director, and headed the Enforcement Law Division. He joined the U.S. Immigration and Naturalization Service's General Counsel’s Office in 1996. With all that experience in his field, it's even more unclear why he was dismissed from the acting director position.

The new acting director, Homan, was previously the executive associate director of ICE Enforcement and Removal Operations. He apparently set a record in 2015 for deporting undocumented immigrants who had criminal records. Perhaps that provides insight into Trump's desire to appoint him to the top job.

The immigration order was enacted on Saturday and caused immediate chaos, with many refugees, immigrants, and legal U.S. residents with green cards being turned away from entering the country. While politicians decried the order, several federal judges put those concerns into action and issued stays of certain parts of the order. Yates took it a step further by stating that the Department of Justice would not defend the ban.

Ragsdale doesn't seem to have made any public statements defying Trump like Yates did, but perhaps Trump just felt that Homan would better implement the, ah, vision he has for immigrants and refugees in the United States.