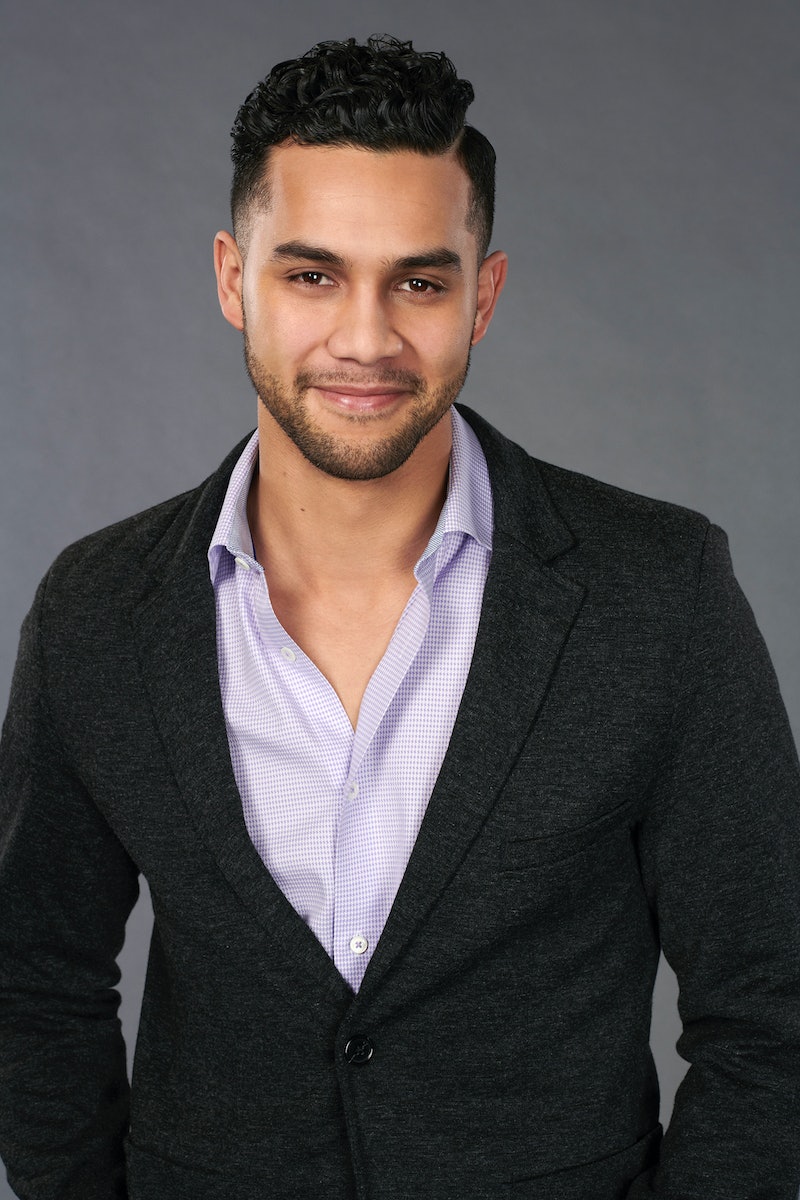 Hannah B. will have found herself a true romantic if she keeps Devin Harris on The Bachelorette. According to his bio for the show, he has been in only three relationships — the longest one ended after five years and the shortest ended after two. It's obvious that he's not scared of commitment, so you may be wondering why he resorted to the dating show route.

Simply put, Devin loves being in love, and he's having trouble finding it where he lives in Los Angeles because "no one in L.A. wants anything serious," per his bio. After her journey on Colton's season of The Bachelor, Hannah is ready to find the one, too. And if Devin shows her how serious he is about settling down, he could solidify a rose early on.

It will be exciting to see how he makes a first impression on Hannah during night one. Perhaps he'll take the Garrett Yrigoyen route and pull up in a family minivan to show her he's husband material. It worked on Becca, didn't it?

And Devin definitely love kids. According to his bio, he has an eight-year-old stepbrother who is his best friend. On January 28, he shared the sweetest Instagram photo wishing him a happy birthday.

"Happy Birthday to my youngest Brother Ethan. No words can express how much I love and care about you," he wrote. "I hope that your birthday was everything you wanted, and was filled with laughs. As you continue to grow older I also hope that you continue to take bites out of life like you did this cake (without a care in the world). Do not let fear or doubt control you, face it head on with a smile, knowing that no matter what I'll always have your beck & be there to pick you up should you fall ... Family first always."

Based off of that vulnerable post from Devin, he seems like a guy who wouldn't be afraid to get deep in conversation with Hannah right off the bat. He seems mature and ready for the next serious stage in his life. He's a proud gentleman — his Instagram bio reads "Chivalry exists!" accompanied by a rose emoji, which could be hinting to something Bachelorette-related. It also reads, "Keep it Classy, Never Trashy," and his Instagram handle is @UrbanChivalry.

To top it all off, although he doesn't upload very often, the majority of his Instagram feed is photos of his family. He's always thanking his mom for being loving and caring, and has shared numerous appreciation posts for his late grandfather.

According to his LinkedIn, Devin is currently seeking opportunities in the entertainment industry. He most recently worked as a senior associate at Open Entertainment, and terminated his employment there in February, right before The Bachelorette began filming. Perhaps he took the hiatus from work as an opportunity to find something new.

His official ABC bio says he is good friends with Season 14's Wills, so there's a chance he has the inside scoop on how the competition really works, which could be a major advantage or disadvantage, depending on how you look at it. Hopefully, he uses his intel where it counts — to impress Hannah.