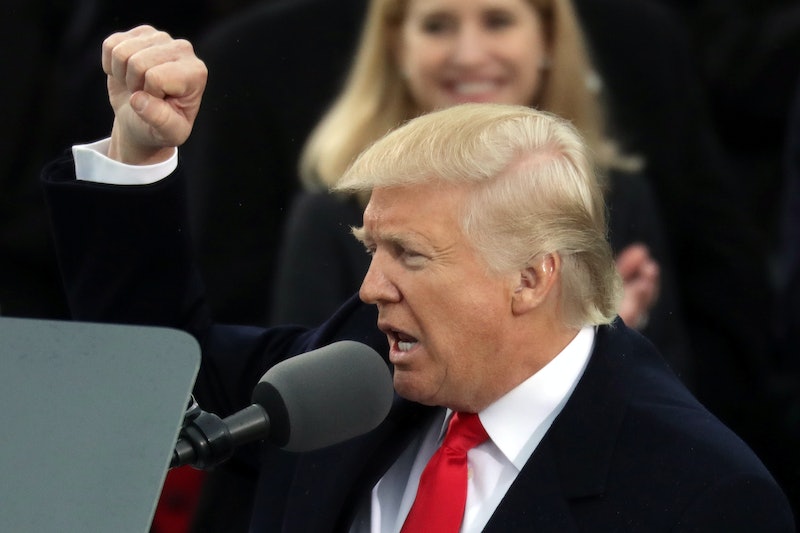 One of the many questions floating around this Inauguration Day is, who is Donald Trump's designated survivor? Do we have this answer yet, and what precisely does that mean in the first place? For many entertainment fans, the concept of a designated survivor was first fully recognized in the television drama starring Keifer Sutherland Designated Survivor, in which Sutherland played the U.S. Secretary of Housing and Urban Development who ended up ascending to the White House after a bombing of the Capitol building. While the show itself isn't pegged to history, the framework of events is modeled after the hypothetical disaster scenarios that merit the position of designated survivor in the first place.

So, unlike a vice president who accompanies the president to many high-profile events, the position of a designated survivor is given to a cabinet member who is purposefully kept safe from State of the Union addresses. This ensures that if there's an attack or emergency at an event where not only the president is present, but also the vice president and high-profile members of executive branches, there is someone ready to take on presidential responsibilities.

However, because a presidential transition is more complex than a standard SOTU speech, and the Senate hasn't yet confirmed Trump's cabinet members, there were apparently two men sitting out this inauguration. While the Obama administration had Johnson sit out as designated survivor, the Utah Sen. Orrin Hatch made a statement claiming Trump asked him to be designated survivor as president pro tempore for the U.S. Senate. As reported by the Salt Lake Tribune, he said,

At the request of President Donald Trump, I am honored to fulfill the role of designated presidential successor during the inauguration. As much as I would have liked to participate in the ceremony and festivities, I am honored to perform this important constitutional duty, which ensures the continuity of government.

Needless to say, it seems the bases were sufficiently covered in case of a widespread attack during the inauguration festivities. In case of emergency, apparently both Johnson and Hatch were safely tucked away to potentially take on presidential duties. It would be an enormous understatement to suggest, that in this apocalyptic scenario, the process of sorting presidential duties between the men would be immense.