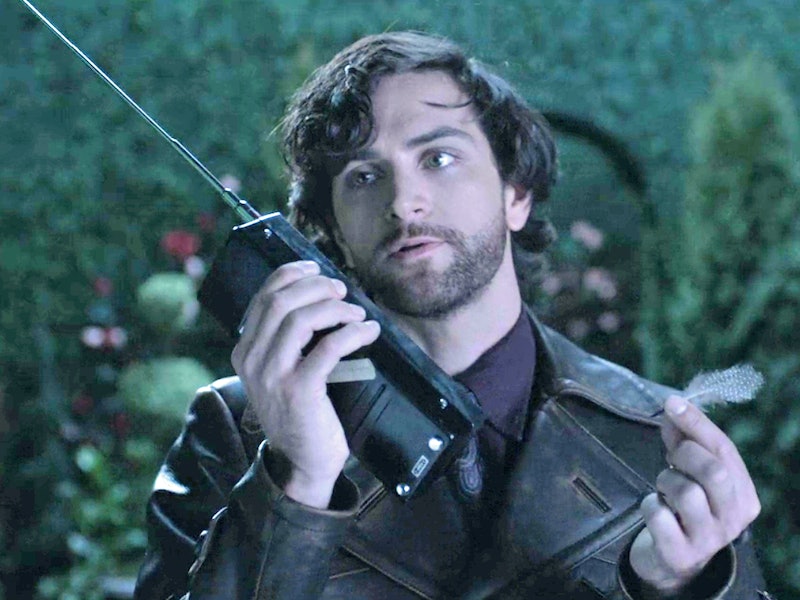 While Netflix's new A Series Of Unfortunate Events adaptation has remained tonally and emotionally faithful to its source materials, the show's plot strays at certain points from the original Lemony Snicket books. One of these liberties is the increased role of Uncle Monty's former assistant. Just who is Gustav in A Series Of Unfortunate Events? Spoiler alert for those who haven't yet watched the new Netflix series.

On the show, Gustav Sebald is played by Luke Camilleri, whom you might recognize from Percy Jackson and the Olympians: The Lightning Thief and Once Upon A Time. His character is first introduced in the second installment of "The Bad Beginning" as a mysterious co-conspirator trying to make sure the Baudelaires are sent to Dr. Montgomery Montgomery (AKA Uncle Monty), to whom Gustav serves as an assistant. Gustav secretly works with Jacquelyn, an original character in the Netflix series, and is revealed to belong to the same secret organization as the Baudelaire parents. Unfortunately, he meets his untimely demise very soon after he is introduced, presumably killed by Count Olaf, who becomes Uncle Monty's new, sham assistant. Gustav's final words are "the world is quiet, here," which fans of the books will remember as the motto of V.F.D., the secret organization.

While Gustav is mentioned in the A Series of Unfortunate Events books, he is dead upon first mention in The Reptile Room and doesn't actually speak in the series. His involvement in the secret VFD society was part of the books (Lemony Snicket: The Unauthorized Autobiography), however, and Gustav tries to let his boss know about Count Olaf's true nature. In later books, it is revealed that Gustav was a filmmaker who worked for VFD and who created the Sebald code for relaying secret messages. In the 2004 movie version of A Series Of Unfortunate Events, Gustav can be briefly seen as Count Olaf's soon-to-be victim.

As for why Gustav plays a larger role in the new series, it's likely to give more meaning and an arc to the tragedies that befall the orphans in the early stories. Overall, the secret society plot is heightened in the early episodes of the Netflix series, while mentions of V.F.D. only appeared in later Lemony Snicket books. While some details are revealed, there are a lot of mysteries surrounding V.F.D. and the Baudelaire parents remaining at the close of Season 1, which will presumably be revealed in the next sinister season.

More like this
Everything To Know About The 'Daisy Jones & The Six' TV Series
By Maxine Harrison and Brad Witter
Bill & Frank’s 'The Last Of Us' Episode Has Twitter Emotionally Wrecked
By Alyssa Lapid
The Song At The End Of 'The Last Of Us' Ep 1 Has A Deeper Meaning
By Sophie McEvoy
This 'Gossip Girl' Wardrobe Error Has Gone Viral On TikTok
By Alyssa Lapid
Get Even More From Bustle — Sign Up For The Newsletter
From hair trends to relationship advice, our daily newsletter has everything you need to sound like a person who’s on TikTok, even if you aren’t.