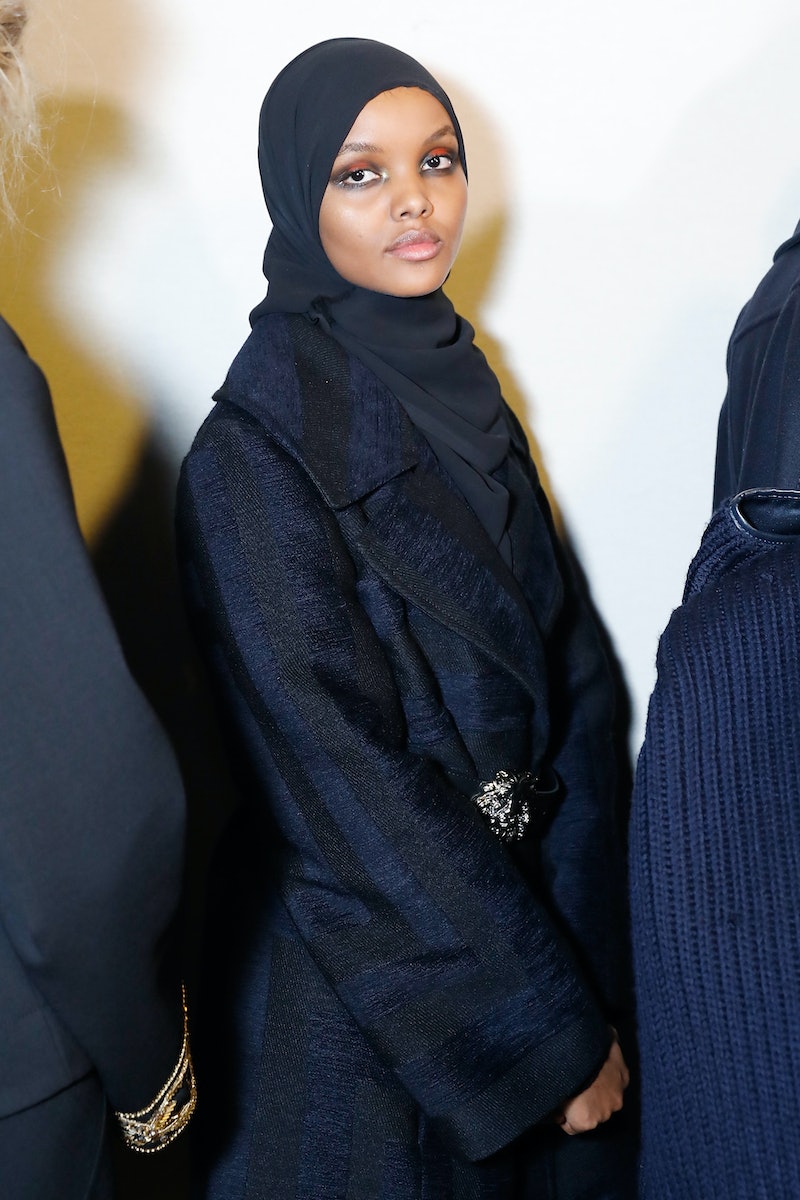 For 2017's competition, Miss USA has pulled in a diverse panel of judges. Among them is 19-year-old model Halima Aden, who, according to a press release from the Miss Universe Organization, was the first woman to compete in a Miss USA state pageant wearing a hijab and burkini. These days, she's signed to IMG Models (the first hijabi to ever have a contract with the agency) and has walked in high fashion shows like Yeezy Season 5, Max Mara, and Alberta Ferretti.

After placing in the top 15 of the Miss Minnesota pageant in 2016, Aden made it clear that she would use her newfound visibility to attempt to break down some of the stereotypes surrounding hijabi women. "Representation is a privilege," she told TODAY immediately following the pageant. "Most images of Muslim woman are attached to victimhood ... I never see positive representation, the way I see other women being celebrated."

Continue to spread positive representation she did: In addition to all the aformentioned fashion shows, Aden has appeared in an international ad campaign for The Modist and on the cover of CR Fashion Book. On May 21, she'll be a special guest at the first ever Miss Muslimah Pageant USA.

Aden's Instagram boasts over 173,000 followers, and features a healthy dose of self love.

Not to mention all the dreamy travel pics you could ever hope for.

Under a US presidential administration that, at best, isn't exactly eager to offer inclusion for Muslim women, Aden's appearance on the Miss USA judges panel feels particularly important. Alongside fellow panelists transgender rights activist Janet Mock and the founder of Dress For Success, Nancy Lublin, Aden is helping change the values the pageantry world hopes to project.