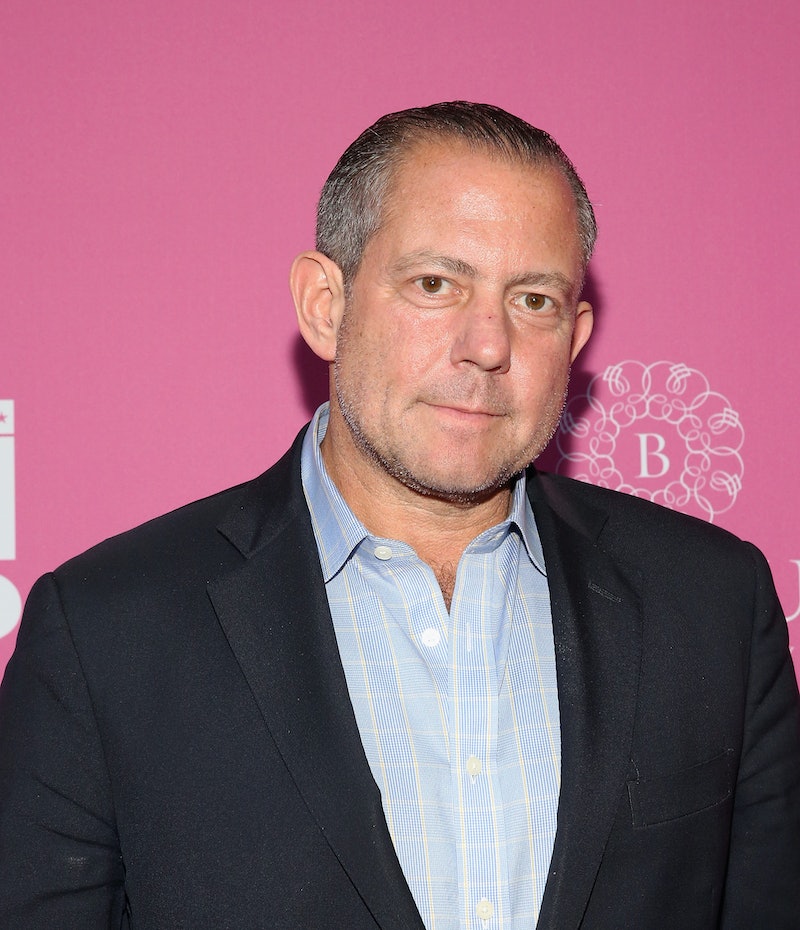 Housewives come and go, but Harry Dubin is a mainstay on Real Housewives of New York. He's been a part of the show longer than most of the cast members. It's been a while, so it might be tough to remember all of the details about who Harry Dubin is. In short, he has a very involved history with the New York Housewives. However, the long version of the story is much more interesting.

Harry first came on the scene as a flame of Sonja Morgan's. They dated many years earlier, but had an on-again-off-again relationship on the show. During a March appearance on Watch What Happens Live with Andy Cohen, Sonja discussed her history with Harry. She summed it up like this:

"We dated thirty years ago. He cheated on me. I broke up [with him] over that. Then, he married Aviva. She threw her leg. He came back to me and I Went on a picnic with him on my show."

That is a lot to unpack. And, yes, she's referring to Aviva Drescher, a Real Housewives of New York cast member from Season 4 through Season 6. She is best remembered for tossing her prosthetic leg during the Season 6 finale episode, but she is also Harry's ex-wife and the mother of their son Harrison.

During a Season 6 episode of the show, Harry gave Sonja a promise ring during that picnic she referenced during her recent WWHL appearance. However, he surprised Sonja (and the fans!) at the end of the episode when he ditched her and got into a car with Luann de Lesseps at the end of a party, seemingly ditching Sonja. The two of them never confirmed any hookup, but the rumor mill has been circulating for years.

And then there's Ramona Singer who was more than thrilled to see Harry during the May 8 episode. In contrast, Sonja and Luann were annoyed by his presence. It's not crystal clear when this episode was filmed, but Ramona asked Luann, Sonja, and Dorinda Medley to plan something for her birthday and Bethenny Frankel's. For the record, Ramona's birthday is November 17 and Bethenny's is November 4.

Why are those dates important? Ramona was spotted making out with Harry on November 28, according to TMZ. So if you felt some chemistry during Harry's most recent cameo appearance, that's because it was clearly present.

Even so, Harry denied the incident in a December interview with RadarOnline. He claimed, "It was the angle of the camera that looks like we were making out." Sure, Harry. Let's hope that the TMZ cameras weren't the only ones present. Hopefully the RHONY crew was there too.

Ultimately, Sonja said, "I’m not mad at Ramona, but I’m so upset with Harry. Don’t propose to me. Don’t throw rings at me." That's valid.

But, Sonja should be used to him hanging out with the Housewives by now. During Season 9, Tinsley Mortimer revealed, "I met Harry Dubin when he was hanging out with Kelly Bensimon in Miami."

Yes, even during her first season on the show, Tinsley revealed that she knew Harry for years and through an RHONY alum no less! During that same episode, Tinsley said, "I wouldn't touch him with a ten foot pole."

Even though he's never held up an apple during the opening credits, Harry might as well. He has always been (and will probably always be) a part of this show. Tom, who? He should just come up with a tagline at this point.