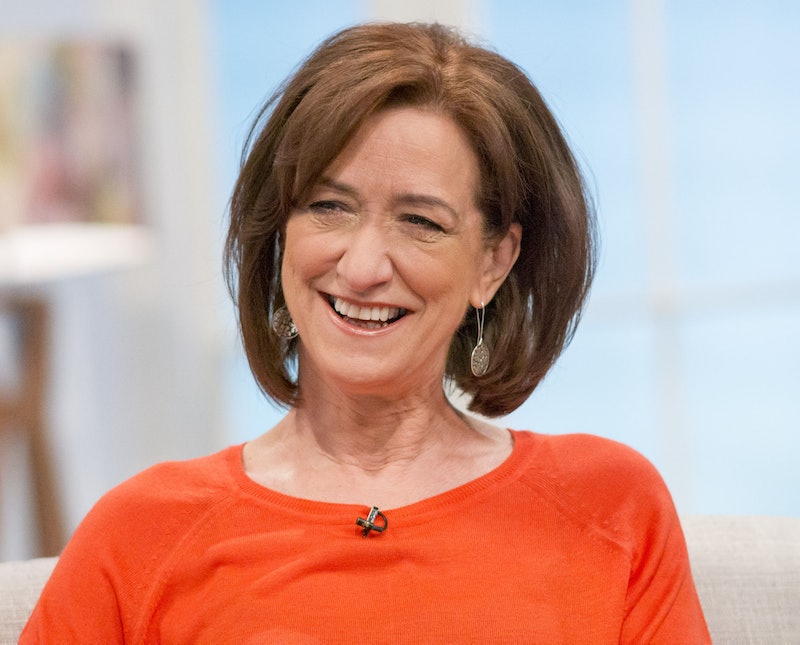 The comedy-anthology series Urban Myths is back for a third outing. This time around the series will display bizarre celebrity-based tales that focus on the likes of Charles Dickens, Joan Collins, Princess Diana, and U.S. President Donald Trump. The truth behind each episode might be up for debate, but that doesn't make this series any less brilliant. The third season stars actors including Haydn Gwynne and Camelot star Jamie Campbell Bower. But who is Haydn Gwynne? Here's everything you need to know about the Urban Myths actor.

According to the Telegraph, Gwyne is based in North London, where she lives with her partner Jason, and her two sons, Orlando and Harry. Prior to her career in acting, Gwynne graduated from the University of Nottingham, and later spent five years living in Rome where she worked as an English teacher. Gwynne first broke into acting in the 1980s, and previously starred in the BBC mini-series Nice Work, in which she played the role of the English Language university lecturer, Dr. Robyn Penrose. Gwynne is also no stranger to the world of theatre, and has appeared in huge West End productions including Billy Elliot — a role which bagged Gwynne a nomination for best actress at the 2006 Olivier Awards. In 2013, the Urban Myths star also played former Prime Minister Margaret Thatcher in the stage production The Audience.

In the Sky Arts series Urban Myths, Gwynne stars in an episode titled "Trial Of Joan Collins." According to the Radio Times, the episode will follow the story of Joan Collins' real-life court case, which took place back in 1996. The court case saw the legendary actor take on book publishers Random House who, after paying the Dynasty star a huge advanced payment for a novel, went on to claim that her submitted book was "unreadable." A quick synopsis of the episode on the Sky website reads:

"In one of the most glamorous trials ever, its Joan Collins vs the publishers who paid her a huge advance for her book only to claim it was unreadable."

As reported by Digital Spy, the Director of Sky Arts, Phil Edgar-Jones, has previously spoken about the series, saying:

"You might regard our Urban Myths series as a bit of 'Fake History,' but as all history is totally made up anyway we should regard these eight perfectly formed comedies as films of historical record, sort of. This series is one of the jewels in the crown of Sky Arts and with totally true (ish) tales from everyone from McCartney and Madonna to (Charles) Dickens and Trump — our loyal band of discerning viewers are in for a treat."