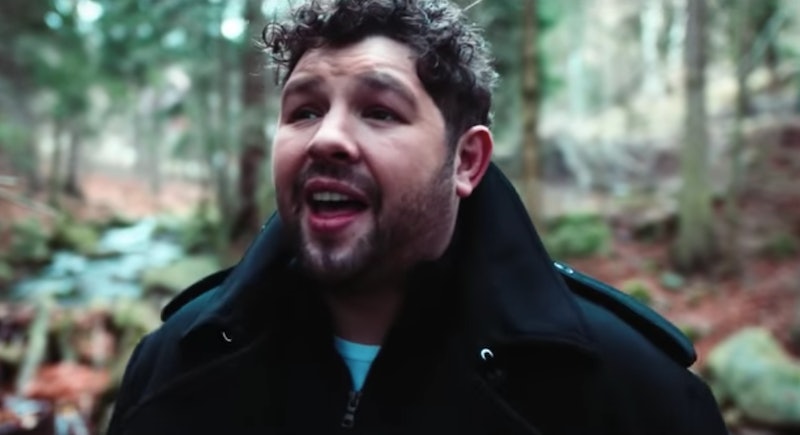 Every year, countries across Europe (plus Australia) pick one act to represent them at one of the world's biggest singing competitions, The Eurovision Song Contest. Britain hasn't done super well in the last few years but who knows? Maybe this year's Eurovision contestant might be the man to break that dry spell. So, who is James Newman and what can we expect from him at this year's Eurovision?

New brokes today (Feb. 27) that James Newman has been named the UK's Eurovision contestant for 2020. He will be singing My Last Breath, and fans have their fingers crossed that this year he's going to make it rain – with douze points that is!

According to Metro, Newman has already established a very successful songwriter. He helped write Little Mix’s Love Me Like You as well as All I Am for Jess Glynne, along with tracks for Jessie Ware, and Ke$ha, plus three former One Directioners: Zayn Malik, Liam Payne, and Louis Tomlinson. The track Waiting All Night, which he worked on with Ella Eyre and Rudimental, actually won a BRIT award in 2014.

Newman's name might sound familiar because it transpires he's not the only talented one in his family. Metro reports that his brother John Newman is a successful singer whose tunes Love Me Again and Feelings have cemented themselves firmly in the heads of countless music fans.

According to the BBC, My Last Breath is inspired by the real-life story of an oil rig diver in the North Sea who had to be saved after getting cut off from the rest of his crew.

James told the Evening Standard that the story of this lost diver made him consider what you would do for someone you really cared about? "A diver got stranded down there, but he got saved." He enthused. "So we came up with the idea of what you'd do for someone you love if you were underwater in the middle of the sea: I'd give you my last breath."

Penned in collaboration with writers Ed Drewett, Iain James, and Adam Argyle, My Last Breath comes with an accompanying music video set in Scotland. James told BBC's Newsbeat that they weren't afraid to put themselves in the shoes of cold water divers. "We were jumping in the loch every morning." He said. "This was January. It was freezing."

According to the BBC, the music video stars Dutch cold water swimming icon Wim Hof. His casting is perfect not only contextually but also in terms of locality as this year's competition is in the Netherlands.

The Eurovision Song Contest will be broadcast on the BBC May 16, 2020.