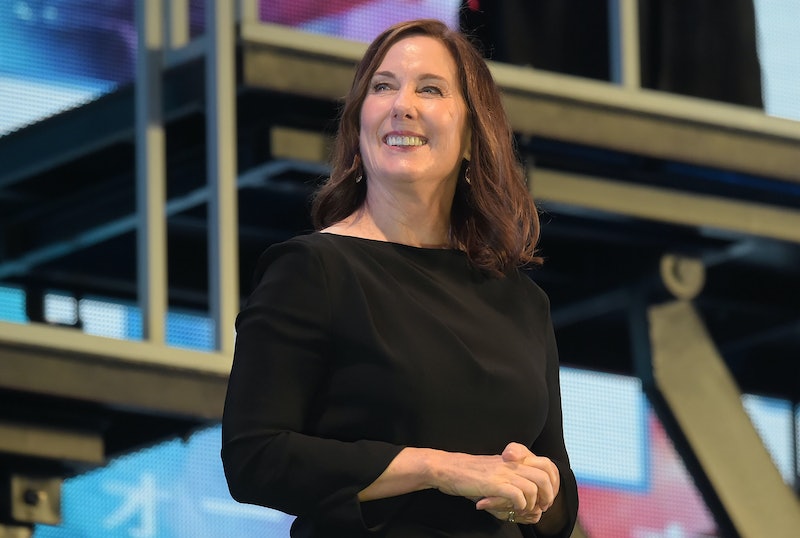 Awards season is in full swing and it won’t be long until us Brits get to show what we’re all about with the BAFTA Film Awards fast approaching on Sunday, February 2. Set to receive the legendary BAFTA Fellowship, an award given to recognise outstanding and exceptional contribution to film, games or television, is powerhouse producer Kathleen Kennedy. You may not know her name, but Kathleen Kennedy is the woman behind many of your favourite films.

With a career covering more than 70 movies over 40 years, 66-year-old Kathleen has worked alongside directors including Martin Scorsese and David Fincher, having started her career working as an associate to Steven Spielberg on the Indiana Jones film Raiders of the Lost Ark. Not a bad way to make your debut, right?

Since then, Kathleen has worked on too many incredible and iconic movies to even begin listing. E.T., Who Framed Roger Rabbit, Schindler’s List, Jurassic Park? She worked on all of them, making for one seriously impressive CV.

In recent years, however, the mother-of-two’s main focus has been on the recent Star Wars sequels. As president of Lucasfilm, George Lucas’ production company, Kathleen is one of the people responsible for taking us back to that galaxy far, far away, working on the new trilogy, A Star Wars Story spin-offs and the Disney+ series The Mandalorian as a producer.

In receiving the Fellowship, which is the highest award given out from BAFTA, Kathleen finds herself listen among some of the biggest names in film, such as Judi Dench, Elizabeth Taylor and Laurence Olivier.

Speaking about the award, Kathleen told BAFTA: “British filmmaking has always played a significant role in both my life and career. The recent Star Wars movies – all shot on sound stages and locations across the UK – are just the latest opportunities that I’ve had the privilege to work with British crews and filmmakers.

“I am deeply honored to receive the Fellowship from BAFTA, and am incredibly thankful to have worked with so many talented members of our extended family in the British filmmaking community.”