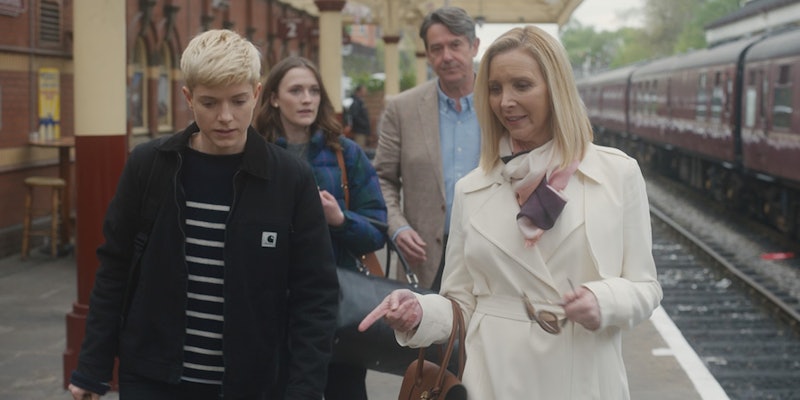 With standup comedian Mae Martin at the helm, upcoming comedy-drama Feel Good follows the story of a recovering addict's mission to take back control of her life. The semi-autobiographical series follows the lead character as she embarks on an exciting new romance, whilst struggling to keep her past addictive behaviours in check. The Channel 4 show was penned by Martin herself, who drew inspiration from her own life experiences when creating the story and central characters. But who is Mae Martin? Here's everything you need to know about the Feel Good star.

Mae Martin is a writer and standup comedian. According to the Guardian, Martin was born in Toronto, Canada, and now lives in London. She made her standup comedy debut at the tender age of 13, and two years later, Martin dropped out of school to pursue comedy as a full-time career, and hasn’t stopped since. According to her official website, the comedian also previously studied improvisation and sketch comedy at the internationally acclaimed comedy institution The Second City in Toronto. At 16 years of age, she made her TV debut on the Canadian series Cream of Comedy and in 2011, Martin moved to the UK.

After her move to London, Martin carried out a string of successful television and festival gigs. However, it was her appearance as a standup guest on Russell Howard’s Good News that first gained the young comic some serious attention.

As mentioned previously, Martin is now set to appear in Channel 4's latest offering, Feel Good. The series is somewhat based on the comedian's real life, and as the Radio Times reports, tells the story of Martin's attempt to overcome an addiction, just as a new romantic relationship starts to blossom. The upcoming comedy was previously titled Mae and George, and as revealed in the official trailer, will debut on E4 in March this year.

Channel 4's Objective Fiction’s Head of Development, Kelly McGolpin, described Feel Good as a "unique" yet "utterly relatable" story, and revealed her hope that "viewers will fall in love" with Martin just as much as "her live comedy audiences have."

This article was originally published on May 3, 2019