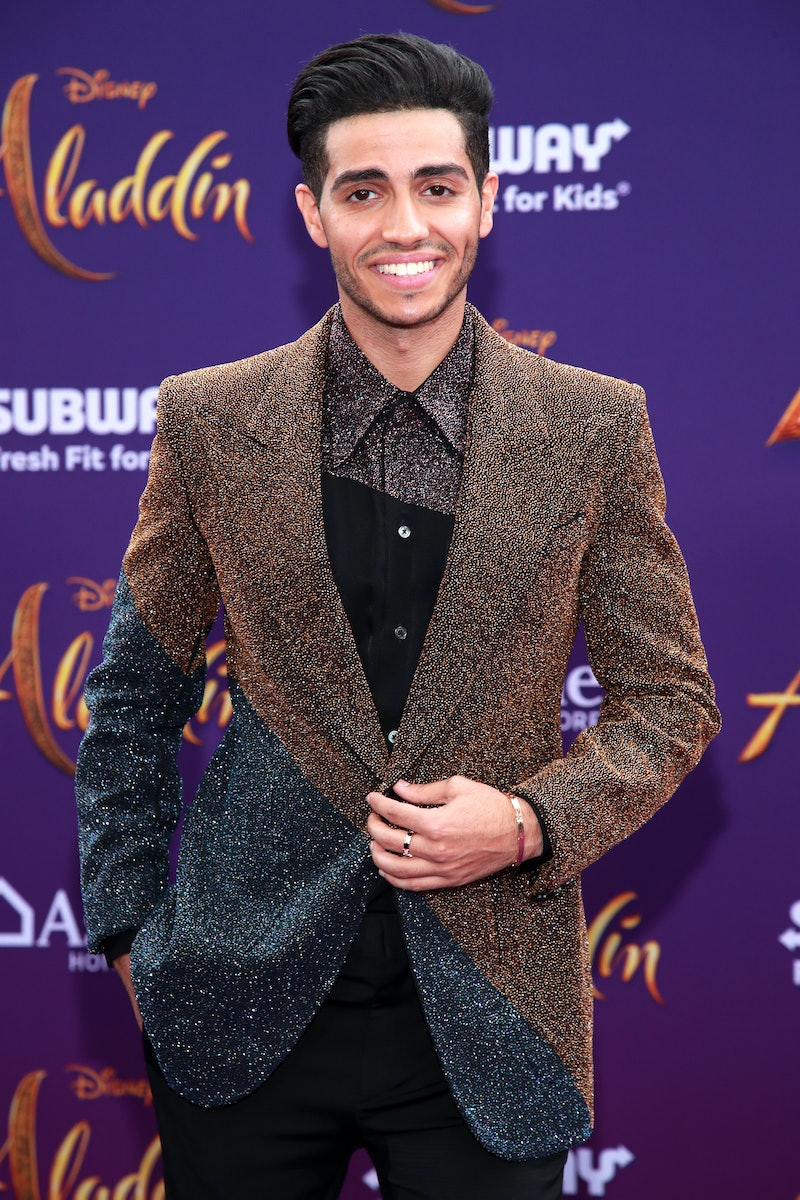 He's now known for romancing Naomi Scott's Jasmine in Disney's live-action Aladdin, but what about in real life? Who is Mena Massoud dating? Unlike Aladdin and Jasmine's relationship, it's hard to say for certain if Massoud is single or dating someone. The 27-year-old seems to prefer privacy when it comes to his personal life. That said, between his personality and his ability to give solid dating advice, Massoud sounds like a good catch.

As previously stated, it doesn't appear that the Jack Ryan actor has discussed if he's currently seeing someone in a romantic sense. That said, on March 6, he posted a video on Instagram of himself holding an anonymous person's hand. Based on the nails, it seems like Massoud was with a woman at the time — and at a resort in Cabo San Lucas, Mexico. He captioned the video,

"They should have really used me to promote that festival everyone’s talking about. On a serious note though: @grandvelascabos is all the feels."

The owner of the hand, who also seems to be filming the video of Massoud, is never shown. It's unclear if Massoud is dating this person or if they are simply a friend or a family member.

Whatever the case, based on his Twitter and Instagram, it looks like Massoud would make a great partner. First of all, for International Women's Day on March 8, he posted an image with his mother on Instagram. Alongside it, Massoud wrote a lovely message thanking his parents and praising women. His caption read,

"Happy International Women’s Day to all the beautiful, talented, generous, & nurturing women in my life!!! This amazing woman right here and my father taught me the value of respecting & appreciating women and as I grew up, some of my closest friends have been strong, independent females who I love and appreciate more than I could put into words. So to all the incredible women in my life including this #1 mom & woman - thank you and I love you! #internationalwomensday."

Massoud's support for women is beyond attractive and deserves all of the applause.

If that isn't enough, Massoud can't help but gush about Scott, his Aladdin costar. On May 22, he shared on Instagram,

"I cannot begin to describe how much I love this woman. Her honesty, heart & talent is unparalleled. She is one of the most beautiful women I know inside & out. She is going to be such a positive icon for little girls everywhere & if there’s one reason to go see @disneyaladdin it’s her. @naomigscott I wouldn’t rather be on this journey with anyone else. #MySultan"

During an interview with Glamour UK that was published on May 17, Massoud showed his true colors when he answered the following "dating" question:

"I met a A-LAD-IN the club and he’s promising to show me the world, but he has a suspicious magic carpet AKA a pimp my ride style Golf GTI – cringe! How do I know I can trust him?"

"No, you have to give him a shot! You have to make sure he’s going to treat you right."

He's all about giving people a chance and making sure he and others are treated the right way. Whether or not the actor is dating anyone, it's nice to learn just how wonderful of person Massoud is.

More like this
Sydney Sweeney Is Engaged To Her Low-Key Businessman Beau
By Jack Irvin and Jake Viswanath
Who Is Nick Cannon Dating & How Many Kids Does He Have?
By Jordyn Tilchen and Radhika Menon
Gigi Hadid’s Dad Shared What He Knows About Those Leonardo DiCaprio Rumors
By Brad Witter
Justin & Hailey Bieber’s Relationship Is “Unbreakable” After Their Two Health Scares
By Bustle Editors
Get Even More From Bustle — Sign Up For The Newsletter