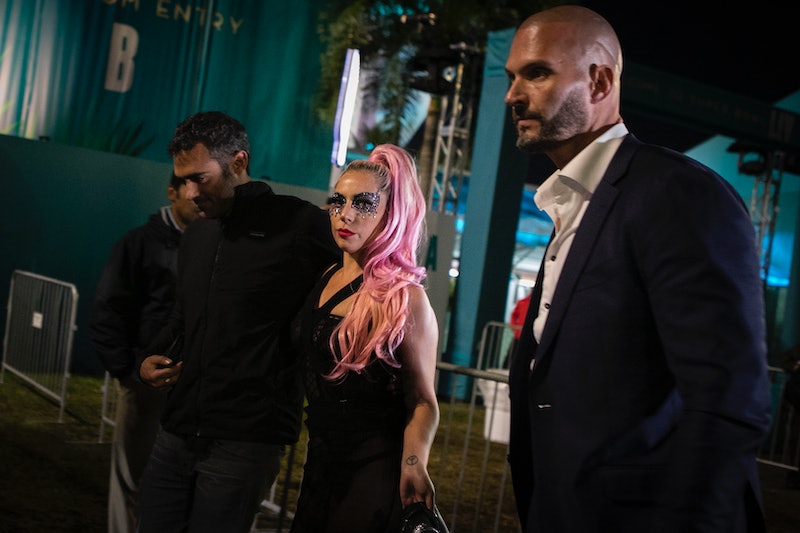 Calling all little monsters: Lady Gaga and her boyfriend, Michael Polansky, are now Instagram official. Lady Gaga, real name Stefani Germanotta, took to Instagram on Monday, Feb. 3 to share a post-Super Bowl photo with her new beau on a boat. While in Miami to perform at a pre-Super Bowl concert over the weekend, Gaga had been spotted leaving the Hard Rock Stadium with her new boyfriend on Sunday after the Kansas City Chiefs’ Super Bowl win. While the two have been linked since last December, Gaga’s new Instagram post is the first to feature Polansky.

“We had so much in Miami,” she captioned the photo of the two cozied up. “Love to all my little monsters and fans, you’re the best!” The two were first spotted together on New Year’s Eve in Las Vegas, and the relationship comes a year after Gaga split from her fiancé Christian Carino last February. Per a source in PEOPLE, there was no “long dramatic story” behind the split. “It just didn’t work out,” the source added. “Relationships sometimes end.”

So, who is Polansky? Gaga’s new beau has some major ties to the tech industry. Per his LinkedIn profile, Polansky is a Harvard graduate and CEO of Parker Group, an umbrella organization for former Facebook president Sean Parker’s charity initiatives. Polansky also serves as a co-founder and board member of Parker's Parker Institute for Cancer Immunotherapy, an organization with a mission to turn all cancers into curable diseases.

Per Page Six, Polansky’s ties to Parker’s organization may be responsible for his introduction to the “Shallow” singer. “People are saying Gaga would have met him through events Sean Parker has hosted at his house, including the launch and other events for the foundation,” a source said. “Sean also had a party for his birthday in LA in December and both Gaga and Michael were there.”

Gaga’s ties to Parker have an unexpected Star is Born connection, too. In an interview with W Magazine in 2018, Gaga’s co-star Bradley Cooper recalled her performance at an event at Parker’s home that emboldened him to reach out to her for the role of Ally. “I was at a cancer benefit with my mother,” Cooper said. “I really did not know Lady Gaga’s music… [she] came out with her hair slicked back and she sang ‘La Vie en Rose.’ I was blown away… I called her agent the next day.”