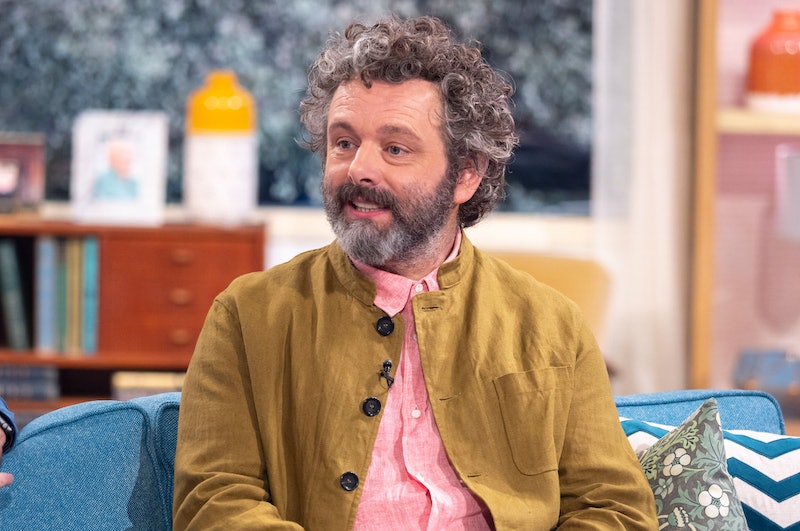 Good Omens, starring two British acting powerhouses, Michael Sheen and David Tennant, is finally out in the UK, and can be found on Amazon Prime. Hallelujah. The show follows the story of a "a fussy Angel and a loose-living Demon" who "form an unlikely alliance to stop Armageddon," as the official synopsis reads. I know right? Sounds awesome. But what about the actors working on the show? I want to learn more about them. For example, who is Michael Sheen dating right now? The A-list actor has been linked to some fellow A-listers throughout his time in the spotlight.

One of those A-listers is Irish comedian and regular comedy show panelist Aisling Bea. In 2017, a bit of banter went on between Bea and Sheen via Twitter after both appeared at an awards ceremony. "I hosted the @SocialEnt_UK awards last night & met so many amazing people... (I also totally did not force @michaelsheen into a @traxedo it was his idea)," Bea wrote above a picture of Sheen in a red tuxedo. The actor replied "You were a brilliant host and you’re right about the HOPE thing but YOU KNOW THE TRUTH ABOUT THE OUTFIT HOW DO YOU LIVE WITH YOURSELF???"

In May 2018, the pair were spotted leaving an awards ceremony with one another, according to the Daily Mail. Then, in Dec. 2018, Bea posted a photo alongside Sheen of them posed for a snap wearing matching "Choose Love" jumpers, in aid of the Help Refugee's store opening in New York. Many took this as a sign they were "Instagram official" and therefore together, but there was no confirmation from either of them.

The Sun's Bizarre column reported on April 9, 2018 that Sheen and Bea were an item. According to the newspaper, a source close to the couple said: "They met through mutual friends and Michael is pretty smitten, telling people he is off the market."

Despite these reports in 2018, it appears that the pair are not together as of the time of writing (June 2019).

I have reached out to Sheen's reps about the speculation around him and Bea, and I have also contacted someone on Bea's team. I will let you know if I hear anything back.

Prior to this, Sheen had been dating US comedian superstar Sarah Silverman. The couple had been together for four years, according to the BBC, before they decided to call it quits sometime in early 2018. Taking a leaf out of Gwyneth Paltrow and Chris Martin's book, Silverman told her fans that they had decided to "consciously uncouple," in a tweet from Feb. 8, 2018.

But Silverman's not the only Hollywood actor Sheen's been linked with. Although it was a pretty long time ago, Kate Beckinsale and Sheen were also romantically involved. According to People, the two actors met in 1995 when they appeared in a touring production together of Chekhov's The Seagull, and, in 1999, they welcomed their daughter Lily into the world. After spending some eight years together, the power couple broke it off in 2003, as the Daily Mail reported on Aug. 17, 2003. The paper reported that Sheen had decided to depart their Los Angeles home for London after their split.