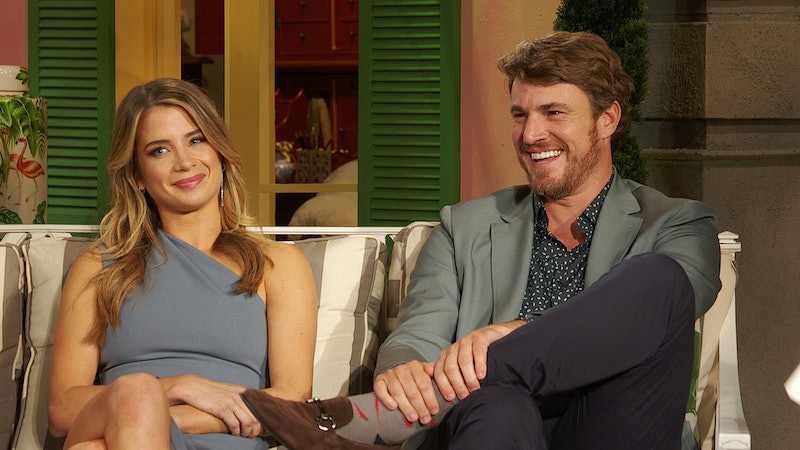 Watching Naomie and Craig together on Southern Charm was fine for the first few seasons but things got ugly between them very fast. The couple fought a lot and you could essentially cut the resentment between them with a knife. Naomie and Craig's split was for the best, and for her part, Naomie has moved on with a new man. So who is Naomie's new boyfriend on Southern Charm? Metul Shah has changed the way she looks at relationships.

A quick Google search will tell fans that Metuh is an anesthesiologist in Charleston. He graduated from Virginia Commonwealth University in 2017, moving to Charleston the same year. Metul is a doctor, so he's already a very giving person, but he went even further in his duty in 2016 when he decided he should be the valentine of a seven-year-old leukemia patient he met during his rounds.

"It was just unfair because none of her classmates, none of her friends have to [deal with being sick]. They're not in the same situation," Metul told ABC6. I mean, swoon, right? We don't know much about how Naomie and Metul met each other, but all Naomie probably needed to do was see his face and experience his kind nature and — bam! — she would have been smitten. I think many people would be.

Naomie told People that she would not have Metul on Southern Charm with her, because she had already "learned her lesson" when it came to showcasing relationships on TV. In Season 5 of Southern Charm, Naomie was still having feelings of jealousy and possessiveness over Craig. "I think during the show while we were filming, I definitely, if you can't tell, hadn't moved on yet. I didn't want to be with him, but I couldn't let go of that possessive feeling. And I was very jealous and all that stuff," she told Bravo. "So now that that's gone, it feels very freeing." Sometimes it takes a while to move on, so it's fair that Naomie was still processing all of her feelings on Southern Charm when she and Craig were supposed to be friends and "over it" all.

On the Watch What Happens Live After Show, Naomie explained how being with Metul has made her look back at her relationship with Craig in a different way. "Watching it back on the show, there's so much that now I'm very aware of so that I don't do it," she told Andy Cohen. "It's really the best kind of therapy to watch yourself... [This is] the most healthy, fun relationship I've ever been in by far."

For what it's worth, Craig doesn't sound like he's too happy about Naomie's moving on. “As long as she stays out of my life, then I’m happy for her,” he told People. “I just don’t want her getting involved with anything I’m doing." He also explained that he knew Metul before Metul started dating Naomie, and he's exactly "what she wanted" in a boyfriend. "She wanted someone with, like, a very structured job, with a real job," Craig said. Oh-kay then.

At this point, Naomie and Metul seem happy and moved on, and that's all that matters. Let's just hope Craig finds the same peace, too.

More like this
'MAFS UK' Changed The Rules After Matt & Whitney Cheated On Their Partners
By Catharina Cheung
You Can “Fall In Love” At The Resort Where Bachelor In Paradise Season 8 Was Filmed
By Brad Witter
The 'Bachelor In Paradise' Schedule Shifts To 4 Hours Every Week After The Season 8 Premiere
By Brad Witter
Clayton & Susie Broke Up, Citing "A Significant Amount Of Pain" After 'The Bachelor'
By Jordyn Tilchen
Get Even More From Bustle — Sign Up For The Newsletter