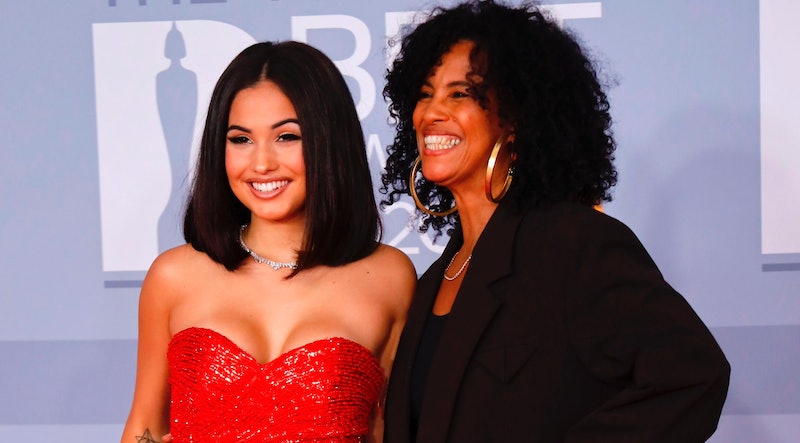 Whether musical talent is genetic or not is debatable but in some cases you can't help but feel like it's is truly in the blood. A prime example is British star Mabel who has a family history full of musical prowess. So who is Neneh Cherry, Mabel's mum?

Cherry is an actual icon of British and international music — a globally renowned Swedish singer, songwriter, rapper, DJ, and broadcaster. Cherry's step father, the acclaimed musician Don Cherry, introduced her to the UK punk scene including the iconic all female punk band The Slits. Neneh revealed in an interview with Acclaim that it was after deciding that formal education wasn't for her that things began to change. "I dropped out of school and went on tour with Don and this is how I entered the punk scene, because it was on this tour I became good friends with Ari, the singer from The Slits." Adding, "Me and Ari lived together in London after that and she invited me to become a member of the band and then it was just like a domino effect you know?"

From there began a career that began in London and spread out across the globe, leading her to live in New York City, Spain, and her native Stockholm.

What Are Her Hits?

One of her best loved and most well known songs is most definitely Buffalo Stance. I'll bet you my last 50p that you know at least half the lyrics without even realising it. If the tune doesn't get you, her wardrobe (especially those earrings) will have you floored. Cherry famously performed the song live on Top Of The Pops while pregnant with her second daughter Tyson in an amazing figure-hugging outfit. Which, believe it or not, was pretty outrageous in 1988'. "I sure as hell knew that I wasn’t gonna stand there and wear a weird cloak", she told the Irish Times, "pretending that something else was happening."

Neneh has released five albums which included other smash hit tracks like Manchild and Woman.

What BRITs Has She Won?

Mabel didn't just walk the red carpet at the 2020 Brit Awards with her mum. While the singer was collecting her Best Female Solo award, she thanked all her people but was especially effusive about Cherry who she revealed was on stage precisely 30 years earlier picking up her own gongs. According to the BRITs website, in 1990 Cherry won two BRIT awards for the Best International Newcomer and Best International Solo Artist.

What Has She Said About Mabel?

Cherry has three daughters and spoke of her pride to the Irish Times. "They are wilful, really amazing, interesting, driven."

Speaking to the Guardian in 2018 about Mabel in particular, Neneh spoke about when they released music at the same time. "The other day, we announced the album and Mabel announced her single...we looked and the first track already had, like, 2,000 views. Then we looked at Mabel's and she had, like, 82,000." When asked by the Guardian's Sam Wolfson if that was a sobering experience she replied, "No! We were like: 'Go Mabel!' We can't compete!"