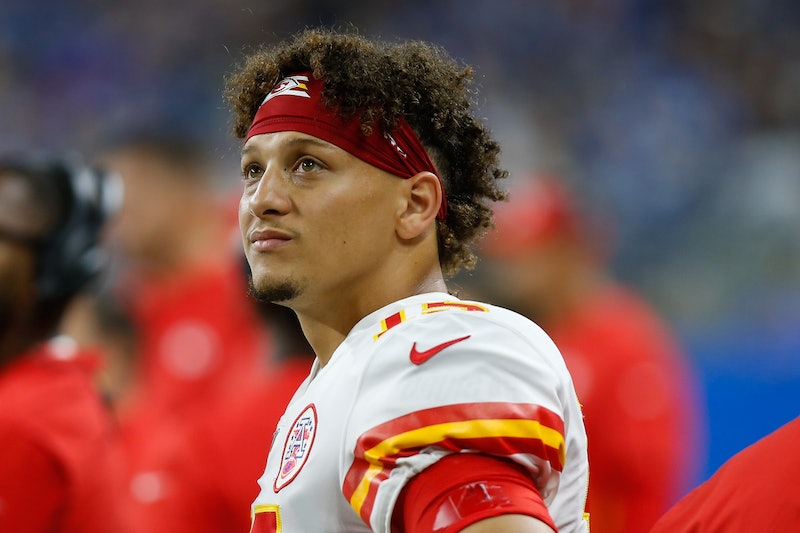 One of the Kansas City Chiefs' best players is spoken for. Quarterback Patrick Mahomes is dating Brittany Matthews, and they've been together for quite some time. The pair are actually high school sweethearts who have been seeing each other since 10th grade — and they're still going strong after nearly eight years of being in a committed relationship.

The couple met while they were both attending high school in Whitehouse, Texas, and they officially began dating in March 2012. After high school, Mahomes attended Texas Tech, where he played football, while the equally athletic Matthews played soccer for the University of Texas. Despite the distance, their relationship stayed strong as they chased their dreams of being professional athletes.

In April 2017, Mahomes was accepted by the Kansas City Chiefs during the first round of draft picks. Meanwhile, in May of that same year, Matthews signed with Iceland's professional soccer team, UMF Afturelding, per the Tyler Morning Telegraph. By September, her team had won their league, but Matthews ultimately decided to take a different career path. She returned to Kansas City, and put her kinesiology degree to good use by starting her own business as a personal trainer: Brittany Lynne Fitness.

Clearly, fitness is a passion that this athletic power couple shares, but it's far from the only thing they have in common. Since her return to the United States, Matthews and Mahomes have purchased a home together and put down roots in Kansas City. In a 2019 house tour for The Bleacher Report and Google, the duo shared that they plan on being part of the Kansas City community for years to come. "Setting down roots in Kansas City was huge for us," Mahomes said. "We're trying to be here for a long, long time."

When they're not gushing about Kansas City, this longtime couple can be found showing each other major love on social media. A quick glance at their Instagram feeds reveals that they're happy to share their romance — and photos of their pups Steel and Silver — with their fans. On Mar. 3, Mahomes shared a collection of couple photos to celebrate their 7-year anniversary. He captioned the slideshow, "7 years strong with my best friend #UltimateBud #loveyou." And Matthews has a tradition of sharing photos of herself cheering on her boyfriend on the sidelines during every game.

These high school sweethearts seem committed to always being by each other's side, so you can bet that win or lose, Matthews will be cheering her heart out for Mahomes during his first Super Bowl.