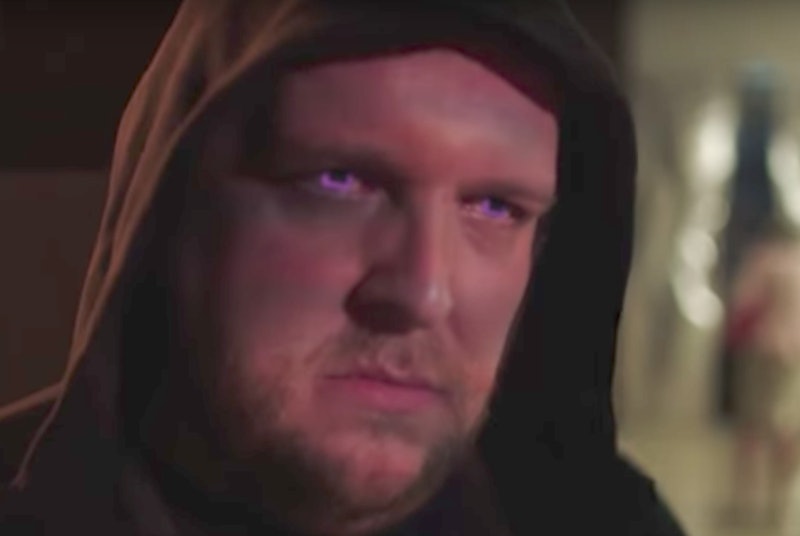 While his cryptic conversation with his assistant the Mechanic at the end of each episode indicate that The Thinker is the main villain of The Flash Season 4, the team will still battle other metas from week to week. In the Oct. 17 episode, The Flash will introduce Kilg%re, aka Ramsey Deacon. Like every other meta Barry meets, Kilg%re's wants and powers will provide the S.T.A.R. Lab teams with ideas about how to beat him.

Like other villains on The Flash, Kilg%re has roots in the comics. In the DC comics that The Flash is based on, Kilg%re is made up of "electro-mechano-organic intelligence" that consumed its home planet before getting trapped in space. The Flash accidentally releases Kilgore from limbo where it takes form on earth. The intelligence creates a robot body and controls technology. It is ultimately defeated when its power is shut down and the intelligence itself is forced out into the open.

Many of The Flash villains have roots in the comics but don't follow those storylines exactly. Most likely, Kilg%re will be one of those villains who is reinterpreted in the TV series. His powers on the show however, do seem to line up with his comic origins, at least according to this behind-the-scenes episode trailer.

In a promo for the second episode of Season 4, "Mixed Signals," executive producer Todd Helbing discusses Kilg%re and the new challenges he'll bring. while the team initially believes that they're dealing with a really, really experienced hacker, they learn that this meta basically is code. Helbing refers specifically to Kilg%re's abilities to control technology and how that plays off of Barry's struggles with his very high-tech suit. He says:

"The team is dealing with a new metahuman named Kilg%re. That's probably the worst villain that Barry could encounter since Cisco decided to upgrade his new suit with a buttload of technology. This is where we fully embrace the new tone for the season. We get back to the Season 1 lightheartedness."

Kilg%re will most likely mess with the Flash's tricked-out new costume, which could provide difficulties and humorous situations. Basically, Cisco went overboard.

Kilg%re is played by actor Dominic Burgess. And according to Burgess's IMDB, the actor has been involved with numerous projects including a variety of comedies like It's Always Sunny In Philadelphia, A.N.T Farm and The Good Place. His comedic background may or may not come into play in the episode but hopefully it does since the tone of the season is lighter overall.

Whether or not Kilg%re himself is funny, the battles this season will contain more fun and less drama. Grant Gustin spoke at to Showbiz Junkies at San Diego Comic-Con about the new upbeat tone. He said:

"We're gonna see Barry get back to his old, optimistic self. He's gonna appreciate his powers again, let go of some of the hardship and what not that he's had to deal with, the loss. He'll be able to move forward and get back to the Barry I think everybody wants to see... We're gonna go back to kind of Season 1. We're gonna have more fun, there's gonna be more comedy."

Season 3 was a heavy handed, dramatic season in which Barry had to deal with the deaths he had faced and what it means to be good. The villain last season was literally an evil version of Barry himself, one without love and support. But The Flash is at its best when it can combine the emotional with the silly and this return to basics should be a good refresh for the show.

Kilg%re sounds like a tricky but creative villain, one the team will have to outsmart, not just outrun. And though he definitely poses a threat to the city, it seems as though they may have some fun on the way.