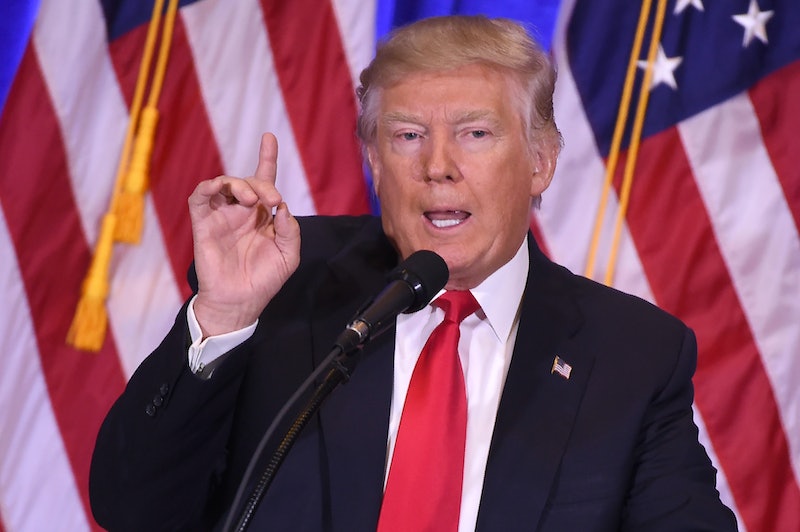 Donald Trump's primary justification for his failure to release his tax returns was his argument that he was under IRS audit. Donald Trump's tax lawyer, Sheri Dillon, was among the lawyers who confirmed that he was under audit in a letter made public in March 2016. Dillon was back in the spotlight on Wednesday, where she addressed reporters during the president-elect's first press conference since his Electoral College victory.

Dillon spoke in order to address concerns about Trump's potential conflicts of interest, including many international business dealings. Trump children Donald Jr. and Eric will operate the company, she said, "without any involvement from President-elect Trump." Dillon also indicated that Trump would appoint an ethics adviser, whose written approval would be required for new business dealings. Ivanka Trump will not be involved with the Trump Organization, Dillon said, as she and her family (including her husband, incoming White House adviser Jared Kushner) will move to Washington.

This "solution" has been widely criticized as insufficient. "He is setting up a constitutional crisis on the first day that he takes office," former White House ethics adviser Norman Eisen told The New York Times Wednesday, warning: "Foreign money is going to flow through those loopholes."

The primary legal issue at hand is the Emoluments Clause, a constitutional provision that prohibits any holder of federal public office from accepting "any present, Emolument, Office or Title ... from any King, Prince, or foreign State." Whether proceeds from foreign business dealings count as "Emoluments" is central to the controversy over Trump's potential conflicts of interest.

Dillon, who denied that it would even be "feasible" for Trump to sell his businesses, is familiar with navigating the challenges that come from representing a client like Donald Trump. Dillon has also served as Trump's tax counsel since 2005. According to the Wall Street Journal, she also represented Trump on various tax matters and when his charity organization came under investigation by New York state.

Dillon is employed by the firm Morgan, Lewis & Bockius, where she focuses on IRS and federal tax matters. According to her LinkedIn profile, Dillon joined Morgan, Lewis in May 2015. In light of U.S. intelligence reports confirming that Russian hacking attempted to benefit Trump, many Twitter users were quick to note that Morgan, Lewis, which operates offices in Moscow and in neighboring Kazakhstan, was recently named Russia Law Firm of the year.

While she did not make donations to political candidates in 2016, she notably gave $1,500 to Hillary Clinton's presidential campaign in 2007, according to LawNewz. With Dillon speaking on Trump's behalf on Wednesday, though, it seems that her Clinton-supporting days may be behind her.